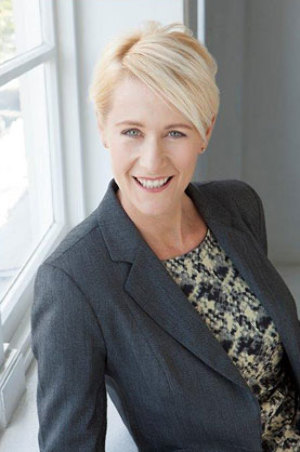 There’s a fresh demand for the mandatory licensing of landlords – and this time it comes from property manager representatives.

In the wake of last week’s Tenancy Tribunal ruling against a landlord who failed to lodge bonds for 81 tenants, the Property Management Institute of New Zealand (PROMINZ)* has issued a call for mandatory licensing of landlords.

The Tribunal ruling involved a South Auckland landlord, who was a repeat offender, and who was fined nearly $180,000 for her failure.

She had previously been found guilty of renting sub-standard properties.

PROMINZ chair Karen Withers says they believe that a landlord licensing system would ensure only “fit and proper” landlords would be able to operate as landlords – including being able to advertise properties for rent.

The Welsh RentSmart model, which requires landlords to keep up-to-date on tenancy laws and legislative changes in order to manage rental property, would work well in New Zealand, she says.

“Property managers and rental agents would also be required to be licensed, but the requirements for them would be considerably higher.”

Withers says the majority of landlords are extremely competent, but the system would ensure that those who are not “up to scratch” would get educated or remove themselves from self-managing.

“There are already landlord organisations keeping their members regularly updated with tenancy information. These landlords would easily qualify as licensed landlords.

“We want tenants to have the reassurance that their landlords fully understand their obligations and comply under the Residential Tenancies Act the same way they do with our members.”

She adds that by capturing all landlords through a licensing system, the government would also have a more accurate and up-to-date set as data is currently drawn from bonds lodged with MBIE.

Traditionally, New Zealand landlords have been opposed to the concept of mandatory licensing.

But the NZ Property Investors Federation does support the idea of providing more education for landlords and, in particular, owner-managers.

NZPIF executive officer Andrew King says they are actually looking into developing a course to help their members carry out better, easier, and more cost-effective management on their properties.

“It’s a big task though and it is taking some time. But we hope to have something developed before the end of the year.”

They have taken a look at the Welsh system for landlords and it revolves around a relatively easy test which landlords need to pass in order to manage their rental properties, he says.

“Its message appears to be that landlords need to be educated to manage their properties and, if not, they should get a property manager.”

*PROMINZ is the new name of the Independent Property Managers Association (IPMA).

On 10 June 2019 at 3:34 pm jude22598 said:
This is priceless, property managers want landlords to be registered, give me a break. The reason that we pay for the services of a property manager is for their so called expertise and knowledge of tenancy regulations, not so that we can tell them what to do. I own six properties in two towns and have been failed by property managers over and over again. Inspections not carried out rendering my insurance void, failure to commission work that I have agreed to, bare faced lies and excuses not to mention the fact that they disappear into a black hole when I try to speak to them. I have had to learn the regulations because those that I pay to manage are totally unregulated and seem to have no supervision. I have now come to the conclusion that when my properties are vacated by long term tenants, it would be in my own interest to sell them. Judy Orr
On 11 June 2019 at 9:49 am Deepak said:
Agree 100% with Judy. My experience with property managers is that they are totally useless and a waste of time and money - adding zero value to the chain.
On 11 June 2019 at 10:44 am doug sinclair said:
I heartily agree with all the points made by jude22598 on the 10th of June. I too have have property managers who were criminally negligent and their actions have cost me a lot of money. It is a pity that there is no "Name-and-shame" website where bad property managers can be exposed.
On 11 June 2019 at 3:50 pm Gazman said:
It appears from the comments above that their experience with Property Managers has been less than desirable. There are many very good ones and it a shame that they are let down by others. I do agree that Property Managers should be licensed and this should be mandatory. I believe that REINZ is pushing that all Property Managers should qualify under the NZ Certificate in Property Management (Level 4). Regarding the article, of course, as part of the service that landlords are paying for they should be kept up to date with respect to "anything" affecting their investment. I would have thought that professional Property Managers would/should already be doing this!
On 11 June 2019 at 6:02 pm WellyLL said:
Yet another brazen attempt by a self interested industry group, hoping to hold a market captive through regulation - the clear evidence is that the current law works, as the recent case demonstrates a bad egg got what was coming to them. Licencing does not prevent bad eggs from happening, all it does is provide a whooping big opportunity to property management businesses to start creaming the business - rather like the poor value offered by the real estate industry.
On 11 June 2019 at 11:23 pm LeoandPriscilla said:
Perhaps it is time we redefined the term "Landlord" i.e. a Landlord should be the person / company that directly manages the property and deals with the Tenants and property maintenance etc. This then will make a clear distinction between a property Owner who is only an Investor (not a hands on manager or Landlord) and an Investor who is a hands on manager, there by called a Landlord. This also stands to mean that all property management companies would then also be termed as Landlords as they too (supposedly) should be "hands on". And then too follow on from this thinking I wouldn't then have a problem with "Landlords" being Registered and accountable for the actions / inactions as Investors are sick and tied of property managers ducking for cover when they fail to preform their duties!
On 28 June 2019 at 9:01 am Redflick said:
As a professional property manager I am constantly amazed by others with a complete lack of skills and knowledge. This includes private landlords and "professional" ones. I believe in mandatory licensing for anyone that rents homes- private or professional landlords . All rentals are businesses and should be run professionally and skillfully. I am also surprised by the number of overseas owners who don't know anything about the insulation upgrades despite having a family member in this country who " keeps an eye on things" for them.