The need for landlords to treat their rental properties as a business is highlighted by three new Tenancy Tribunal rulings. 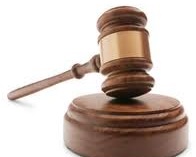 Landlords from Auckland, Wanganui and Wellington have been ordered to pay a total of nearly $17,000 due to Tenancy Compliance and Investigations Team (TCIT) investigations.

Wanganui Home Maintenance Limited was ordered to pay $3563.52 across eight applications for failing to lodge bonds, failing to maintain the premises, and providing misleading insulation statements.

Wellington Landlord Perry Rama agreed to pay $1000 after he allowed tenants to return to their rented property while it was still the subject of a ‘Dangerous Building Notice’ issued by the Wellington City Council.

He also agreed to pass the management of the properties on to a property management company.

TCIT acting national manager Peter Hackshaw says they proactively assess and investigate landlords to ensure they are treating their rental properties as a business and complying with their responsibilities.

“Landlords who are not meeting their obligations under the Residential Tenancies Act can expect to be held to account, as is the case with these three landlords.”

He says that tenants need to trust that their landlords are doing what they need to do under New Zealand’s tenancy law from the start of the relationship.

“Failing to lodge bond money is a breach of this trust, as is providing inaccurate information on insulation.

“If landlords don’t have the time and knowledge to manage their rental properties as a business, they should pass them on to someone who does.”