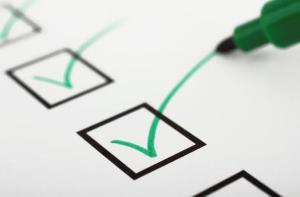 Controversial new Privacy Commissioner guidelines covering the information that landlords should and shouldn’t ask for when selecting tenants have been withdrawn – for now.

The recently released guidelines aimed to help landlords make decisions about what personal information it is reasonable to collect from prospective tenants, according to the Office of the Privacy Commissioner (OPC).

Under this system, it is fine for a landlord to ask whether a prospective tenant has ever been evicted or for authorisation to perform a criminal check.

Yet it is very rarely okay for a landlord to ask about conflicts with previous neighbours and building managers or for credit card information or proof of insurance.

However, the guidelines - which are on longer on the OPC website - were greeted with dismay by landlords and property managers who described them as confusing and contradictory in many areas.

There was particular concern about the restrictions around running credit checks on tenants and the prohibition on asking someone’s age and/or to see a drivers license number.

Now OPC spokesman Charles Mabbett says that Privacy Commissioner, John Edwards, has decided to withdraw the guidelines for landlords for the time being.

The OPC is going through the process of reworking and revising the guidelines to make them clearer and to remove any seeming contradictions in the existing guidance, he says.

“We acknowledge that there are points which can be clearer and more precise. It won’t involve wholesale changes, just some refinements, so there’s no confusion.”

Part of this process includes working with a number of groups – including the NZ Property Investors Federation and Tenancy.co.nz - which have contacted the OPC with helpful feedback, Mabbett says.

“We hope to have a new and better version [of the guidelines] on our website in a few days’ time.”

Prior to the announcement, the NZPIF and REINZ along with several other industry representatives said they would have liked to have been consulted.

Tenancy.co.nz has now said they are looking forward to working collaboratively with the OPC moving forward.

On 9 June 2019 at 8:34 am Peter L said:
I bet that none of the public servants involved in this costly charade will be 'named and shamed' or get their hands smacked over this.