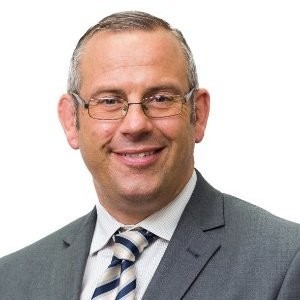 The Privacy Commissioner has created a lotto draw for tenant selection with the recent release of some ill-conceived guidelines, writes property management consultant David Faulkner.

As if we didn’t have enough to deal with! Ten months on from the infamous story of the “KFC Test” for tenants making the headlines, the Office of the Privacy Commissioner (OPC) dropped yet another bombshell on an industry that continues to find itself struggling to cope with the amount of change thrust upon it.

This month, without prior warning or involvement from industry organisations such as REINZ or IPMA, the OPC released new guidelines that property managers and landlords should adopt when selecting a new tenant.

Their advice, if followed to their recommendations, almost turns tenancy selection into a lotto draw. Want the property? Just put your name in the hat, don’t worry about it, you never know your luck.

As Bindi Norwell, CEO of REINZ stated, guidelines are good. However, there are discrepancies and she was also critical that as a body, they were not consulted with before the release of the OPC guidelines.

Tenancy selection could become as basic as drawing a number out of a hat.

Why do we have new guidelines?

Last year, as the letting fee ban was making its way through Parliament, property manager Rachel Kann made an oral submission to the select committee. When asked about how the Government could assist with tenants, her suggestion was around budgeting.

According to Rachel, KFC seemed to be more of a priority to some of her prospective tenants than paying fines and rent. Unknown to Rachel, NZ First MP Darroch Ball who sat on the select committee, was not impressed by her admission and in August last year, he released a copy of the recording of her submission to the media.

The news made national headlines and yet again our industry was projected into the spotlight. It also alerted to the OPC practices around tenancy selection and they naturally had concerns. Jon Duffy, Assistant Privacy Commissioner at OPC, highlighted in an article in August 2018 that landlords and property managers may be asking for too much information.

The consequences of this are a potential breach of the Human Rights Act and the Privacy Act. There are serious penalties for breaching both of these acts.

Unknown to everyone within the property management industry, and apparently also to Tenancy Services, OPC had been working on new guidelines that landlords and property managers need to follow when selecting tenants.

When the guidelines were released on the 14th of May, it certainly raised more than a few concerns with some believing if followed to their recommendations, it turns tenant selection into a lotto draw.

OPC released the guidelines to help clarify questions that they were receiving following “KFC” gate. One wonders how many questions they received. However, as is often the case, releases such as this sometimes bring up more confusion and questions rather than clarity.

So what is in the new guidelines?

What set alarm bells ringing was some of the items that fall into the never justified category. Many of which are commonly obtained.

Also, seeking income verification and or a credit check report is only sometimes justified. Try telling that to the landlord who had a tenant with a bad credit rating default on rent.

All of a sudden, the following items that are often stated on a Tenancy Application Form have become almost never justified.

• Driver licence number (Drivers licence as proof of ID)
• Nationality or citizenship (Passport as proof of ID)
• Marital and family status (names of applicants include children)
• Gender (look at the name and ID, pretty easy to figure this one out!)
• Details about current accommodation
• Employment history and status (looking here at the proof of income and stability)
• Age (proof of ID and in contradicts section 14 of the RTA)

Look at the majority of Tenancy Application forms, particularly from the big companies such as TPS and Tenancy Tracker, if you are applying for a property to rent, you will always have to submit the information that is almost never justified.

Tenant selection will become increasingly complex if the new guidelines are enforced by Tenancy Tribunal.

Reviewing the guidelines, what is always or sometimes justified to be obtained by potential tenant conflicts with what is never justified to obtain. Let’s look at some examples.

Name and proof of ID: This is categorised as always justified.  you are free to ask for name and proof of identity. However, how can you verify someone’s ID if you cannot obtain the most common forms of ID?

Martial and family status: By filling out an application form, you will be naming who will be residing at the property and naturally, applicants will be by default, telling you if they have children or are married. Knowing the age of children is a default requirement for any prudent Property Manager and landlord as you should be stating how many people can reside at the property.

Current income verification: This is alarmingly only sometimes justified. To verify income, you will be either declaring that you are on a benefit, you are a student, or you will be providing a payslip. So, by doing this, you are by default obtaining someone’s employment status.

With regards to the later, you can imagine your conversation with the tenant’s landlord. How do you verify who the landlord actually is without checking the current address?

The prospective tenant could put anyone as their current landlord and you simply have to take the tenants word for it. By verifying that the landlord is who they say they are, you will be breaching OPC guidelines.

Credit check? Only sometimes! Amazingly, according to the OPC, a credit check on a prospective tenant is only sometimes justified. This, to me, seems ridiculously short-sighted.

In the last 12 months, we have seen over 13,000 Tenancy Tribunal hearings and one-third of these involve rent arrears. If we did not do credit checks on prospective tenants, then this number would potentially increase.

There is simply no point in putting a tenant into a property if they cannot afford to pay the rent and creditworthiness is a vital component of tenant selection.

Approximately 20% of tenants were in arrears meaning one in five tenants were behind on rent. We introduced two policies that helped reduce arrears.

One was the introduction of a zero tolerance to arrears. If you missed one week, we applied to Tribunal. No exemption.

The other was the introduction of 100-point criteria around tenant selection. This was based on the following:

The results of introducing this policy were stunning. Within five years of implementing these policies, in the final calendar year, we had collected over 99.7% of all rent due.

Moving on to proof of income, I cannot stress the importance of verifying a prospective tenant’s income. This is not just for the landlord’s benefit; it is also for the tenants.

There is no point in putting a tenant into a property that they cannot afford. The outcome can be financially and emotionally crippling for all parties involved.

If you cannot verify their income then, we are not only exposing landlords to unnecessary risk, we are exposed tenants to the risk of bad credit and history in Tenancy Tribunal and losing their home.

Property managers would work under the instructions that no tenant should be accepted for a property if the rent was more than 40% of their net income.

If it was more than this, the tenants simply could not afford rent and by placing them into a property showed a lack of care and responsibility on behalf of the property manager for all parties.

By neglecting this policy, it would expose the company to litigation as we had not carried out proper due diligence in our tenancy selection process.

Landlords with ‘Loss of Rent’ insurance policies would not be able to make a claim as we had been negligent in our tenancy selection and landlords would hold the company responsible. Rightfully so!

Application forms for tenants from Victoria, Australia are not justified according to our Privacy Commissioner. They ask for age, employment status, salary.

So how to get the balance right?

There is no doubt that guidelines will help landlords and property managers to implement best practice policies around tenant selection.

However, a collective discussion involving all the industry stakeholders, whether they be private or public, would have been a far more favourable process. What we now have is confusion and uncertainty created unnecessarily so.

Yes, improvements can and should be made.

This also involves how we obtain references. If you are providing a reference, how do you know a prospective tenant gave permission allowing the landlord or property manager authority to do so?

I’ve no doubt that there are breaches of the Human Rights Act and the Privacy Act when we do select tenants. However, this is probably more likely through negligence rather than anything more sinister.

A collaborative approach would have been far more beneficial. Now, we again have an industry looking at each other, scratching our heads and wondering where to go from here.

They currently are asking for exactly the same information as we are. So are they breaching current legislation as well?

OPC should have engaged the industry in designing these guidelines. The confusion that they have created could have easily been avoided.