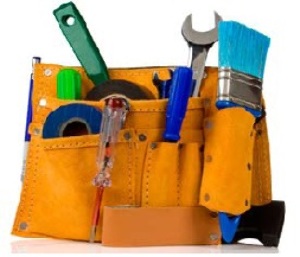 The Tribunal has ordered Rotorua property management company, McDowell Real Estate Limited, to pay $3,000 in damages for failing to fix up serious problems in one of the rental properties it manages.

The property was damaged when a water pipe in the ceiling burst and the roof was not fully repaired.

This caused the house to be cold, damp and draughty – which would not have been the case if the repairs had been done properly when the damage occurred.

While the tenants informed their landlord of the issue, nothing was done to address it for over a year and the tenants had to tape up the holes in the ceiling with cardboard.

Eventually, the MBIE Tenancy Compliance and Investigations Team got involved.

Tenancy compliance team manager Steve Watson says the most concerning thing about the case was the length of time the tenants had to live in a substandard premises which severely impacted their health as well as their daily lives.

“These tenants repeatedly told their landlord of the problems with their rental property, and while ultimately fixed, they took 16 months to be addressed.

“When the living situation of the tenants gets to the point where vulnerable tenants, including a school-aged child, have to move out due to the conditions in the house, this is not only legally unacceptable, but also morally.

“Tenants have an obligation to inform their landlord if they feel their rental home needs repairs, and tenancy law clearly sets out a landlord’s obligations to attend to this in a timely manner.”

The tenancy compliance team took the case to the Tribunal who handed down the fine for failing to provide and maintain the premises in a reasonable state of repair, in accordance with the Residential Tenancies Act (RTA).

Watson says the Tribunal’s decision sends a clear message to all landlords that failing to address maintenance issues impacts severely on the wellbeing of tenants.