Top yields in City of Sales

Investor-style apartment sale prices have taken a hit recently: does this represent an opportunity for investors? Joanna Jefferies investigates. 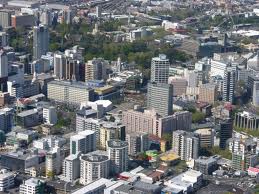 It’s an exciting time for Auckland City Central: work is underway for the America’s Cup and APEC in 2021; the City Rail Link is moving ahead – which will bring more people into the city for work and recreation; SkyCity’s New Zealand International Convention Centre is in the works; five-star hotels are being built and the number of public and private infrastructure works underway is too long to list here.

The effect of all of this is a really bright future for property in the CBD, says Auckland Property Investors’ Association president Andrew Bruce, who both lives and invests in the Central City.

“It’s really exciting times for the central city, and with all this work that’s coming on stream there are going to be jobs created and housing demand flowing on from that.”

The CBD and surrounding suburbs experienced astronomic capital gains in the past couple of years, along with the rest of Auckland. But while Bruce doesn’t expect the value increases of the recent past to revisit in the next year due to the amount of investment in the central isthmus “looking at the medium to long-term it’s both a great place to live and invest in.”

Ray White City Apartments elite salesperson Krister Samuel says there’s been a significant change in the central city apartment market since a year or 18 months ago, in terms of different types of apartments experiencing value increases and decreases.

He says that while apartments above 70m², which cater to either the first home buyer, “lifestyler” or downsizer have continued to increase in value, the “hardcore” investor-type “shoebox units” have dropped in price.

“That’s because we’re seeing tax advantages being stripped away, the bank funding getting a bit tighter and foreign buyers gone (who were big purchasers of those smaller shoebox units). All those advantages have gone and values have gone down.”

Samuel says at an auction held in late-February this year, there were a half dozen small size city apartments up for sale and they were routinely selling well below what they would have sold a year ago.

“For a central Auckland apartment with a never-ending queue of tenants wanting to take it off your hands, it’s a pretty safe bet,” says Samuel. “These are the sort of returns you get in Kawerau. But without the risks of Kawerau.”

The excellent return on central city apartments was what prompted new investor Patrick McCarthy, to take a punt on a three-bedroom apartment on Queen Street in February this year.

The place is tiny – at only 41m² – but the rent-by-room arrangement attracts a foreign clientele that will mean the apartment is rented out at $585 per week – all for the purchase price of $427,000.

“One of the key reasons [we bought it] is it matched our buying criteria – we wanted to get something around a 7% yield,” says McCarthy.

The rent-by-room arrangement is outsourced to a specialised property management company who sub-lets the rooms to European travellers and those with work visas.

McCarthy says he will look to purchase again – “For the returns we’re getting it’s quite a favourable outlook for us – with the America’s Cup coming and the Convention Centre.”

“If you were investigating the market a year or 18 months ago and you couldn’t quite make the numbers work – it’s probably worth re-visiting.”

But despite a softening of values at the lower end of the market, Samuel says the market is still going strong and there is a seat under both values in the upper market and rents across the market.

Ray White City Apartments had their best January on record for the past three years and Samuel says that while there are a lot of units going to be completed this year “there is still overwhelming demand for those units, so the rental values are going to hold up”.

But Impression Real Estate general manager Aaron Tunstall says there are plenty of people sitting on their hands currently, not making any moves, “which I think in itself creates an opportunity. There is a limited amount of buyers out there right now, so it’s a good time to go in there and make offers and try and pick something up at a good price”.

Apartments are certainly not everyone’s investment choice. APIA vice president Peter Lewis says this is because when an apartment building is completed it can create a “glut” of apartments on the market, thereby devaluing other apartments.

So, for those looking outside the apartment market, are the nearby high-value suburbs of Grafton, Eden Terrace, Parnell, Ponsonby, Mt Eden, Freemans Bay, Herne Bay and Newmarket worth a look?

According to Crockers’ latest data, the sales prices of these suburbs compared to rents means yields are abysmally low. For example, the median sale price in Mt Eden in December 2018 was $1,270,000, while the average rent was only $673 per week.

But students for the CBD-based university campuses have to live somewhere, and the old villas of Parnell, Grafton and Ponsonby were in the past, their stomping ground. Lewis says you’ll still find students renting villas, but you won’t find investors buying them anymore.

“There are some around, you will have two [tenants] per bedroom and two in the living room – if you’re paying $1,000 a week and you divide that by eight then it’s probably not too bad, but of course from the point of view of the owner…”

Lewis says rates for these types of rentals can be over $5,000 per year, and being older housing stock, the maintenance costs are high.

“Of course you can buy a much newer house in a much less challenging area; I think [central Auckland standalone homes are] pretty much a dead duck from my point of view”

However, the central city fringe suburbs have traditionally been seen as a sure bet for capital gains. According to CoreLogic data, Ponsonby came in at number seven of all Auckland suburbs, with an increase in value of 3.7% over the past year, taking the median house value from $1,771,550 to $1,837,300.

Of 208 suburbs, Freemans Bay and Herne Bay featured 22nd and 24th on the list with 2.0% and 1.9% value increases, respectively. Many of the central Auckland fringe suburbs experienced close to 70% value increases in the past five years.

But while entry price points are high, high-end “flips”, where investors buy houses in need of renovation at prices sometimes in excess of $1,500,000, are still a possibility in central Auckland.

“There are some people doing that – but I think property prices in those areas at the moment are at best stable, and in some cases dropping slightly.”

“By the time you bought it and spent several months doing it up, and spent maybe half a million dollars doing it up… Some people try, some people say they make money but it’s a high-risk angle in my view.”

Lewis recommends that investors looking to get into the do-up and sell market in central fringe areas carefully weigh up the level of risk they are taking on, and the level of reward and ask, “Do they add up?”.