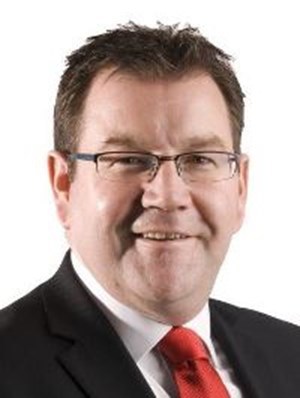 Government assurances that they are not bound by the Tax Working Group’s recommendations are increasing concerns that a capital gains tax will be applied to rental properties alone.

It’s been less than a week since the TWG released its final report into the future of New Zealand’s tax system – and recommended the introduction of a broad-ranging capital gains tax.

Public debate has been raging since then and Government ministers, including the Prime Minister, have been at pains to emphasise that they haven’t made a decision on the TWG’s recommendations yet.

In his first big economic speech of the year at the Chamber of Commerce and Massey University business breakfast on Tuesday, Finance Minister Grant Robertson reinforced this again, saying – repeatedly – that the Government was not “bound” by the TWG’s report.

The Government does not have to adopt all the TWG’s recommendations, rather it can pick and choose, and it is now working to come to a consensus within the Coalition, he says.

Like the Prime Minister, Robertson says the Government is aware of the concerns of small business owners and farmers about the impact of a capital gains tax and will be taking that into account.

But he also returned to the theme of the need for greater fairness and balance in the tax system, pointing to Westpac chief economist, Dominick Stephens’, words on the TWG’s recommendations.

Stephens says a capital gains tax would erode the incentives for investors to purchase residential property – which would help lower house price inflation and encourage investment in more productive options.

This is all ringing alarm bells for many property investors who are concerned that the Government is preparing the way for a modified capital gains tax which would target rental properties.

NZ Property Investors Federation executive officer Andrew King says they are concerned that the Government has decided to play favourites on the assets it imposes a capital gains tax on.

“It could well be that a capital gains tax is introduced but the scope of it is narrowed down to rental properties, and maybe shares and baches.”

King says the NZPIF doesn’t think a capital gains tax should be introduced at all – especially at a 33% rate and with no allowance for inflation. But if one is, it should be comprehensive and encompass all assets that generate capital gain.

“We don’t see how it is fair to privilege one asset over another and exempt the income on one asset but not on another.”

In his view, doing so would be a politically motivated move driven by the assumption that all rental property owners are “fat cat speculators”.

“And that’s just not true. Most rental property owners are ordinary people who own one or two rental properties and who provide other people with accommodation to live in.”

If a capital gains tax is introduced it will simply exacerbate the existing shortage of rental accommodation, King says.

“Some investors will sell up before the tax hits in in 2021 but most will simply hold their properties for longer. The big thing is people will be less likely to buy rental properties going forward.

“That means there will be an ongoing decrease in rental stock and that will push rents up. So a capital gains tax won’t do tenants any favours.”

Gilligan Rowe & Associates managing director Matthew Gilligan agrees that the Government is likely to come up with a more moderate version of the TWG’s recommendation on capital gains.

“The TWG’s recommendation was very hard line and would impose some of the highest capital gains rates in the world – and people are outraged.

“I think the Government is going to come in with a much more politically sympathetic position. I’d be amazed if they went ahead with it in its current form.”

Gilligan, who is an investor himself, is not unsympathetic towards a tax on property but says it should be less complicated than what has been proposed.

“Extending the bright line test on residential property sales from five to 10 years would be a better way of going about it.”

The Government is scheduled to release its final decision on the TWG’s recommendations in April.

On 27 February 2019 at 11:53 am Peter L said:
Targeting residential rentals was the whole aim if the exercise right from the start.
On 27 February 2019 at 11:58 am beardo88 said:
Having lived in the UK for a long time where there is a capital gains tax on 'non-family home' property I am reasonably familiar with the tax. Compared with the UK there are some alarming differences in the UK- - there are differential rates for CGT depending on the asset, 28% for property and 20% for other asset classes, also takes into account your personal tax bracket(s). -there is an annual tax free allowance for capital gains - they apply indexation - there are various incentives to save ISA's and FSAVC's- tax free allowances In other words CGT is part of a broader approach to the tax system that rewards saving. What NZ is staring down the barrel of is a draconian, unsubtle, poorly thought out tax. On one hand the Govt says we have a housing crisis and not enough houses, on the other hand they want to tax further the very people trying to improve the situation (yes and their own position). The Govt claims we do not invest in other asset classes like shares, we do not save enough with fund managers and Kiwisaver, we need more entrepreneurs to start up businesses....and then they start looking how they can dis-intcentivise exactly this behaviour with CGT. Time for Winston to stand up, deliver on his election promises of no CGT- but what do we get - nothing.... Sadly I am left with the feeling this is just another tax and spend strategy from Labour, the Greens (socialists in green clothing) will yap on and on, and NZ First- who knows, in some ways Winston is damned if he does and if he does not. Alienate his electoral support by agreeing to CGT, or alienate his chances of more power from Labour by supporting CGT.