Housing and Urban Development Minister Phil Twyford must cut through the red tape if he wants to solve the housing shortage, argues Classic Developments’ Peter Cooney… 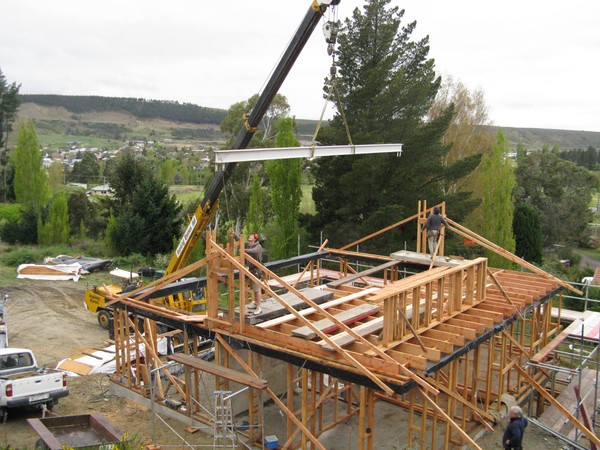 Building companies can build the houses, but no one can get on with the job because council consent processes with ever more layers of compliance and cost prevent developers from getting started.

Until we have a minister who is prepared to cut away the burgeoning layers of bureaucratic nonsense then we are going to have a housing shortage… And that pushes house prices up and creates crisis in our communities.

Councils are not freeing up land for development quickly enough. Further, new developments are being deluged with requests for information by council planners who don’t want to take the risk of making decisions.

In Tauranga, for example, land runs out next year. There is no more land zoned for development so that means new house building stops.

In turn, that means electricians, plumbers, bricklayers will all have to stop. It will impact carpet sales, furniture sales, lighting, drapes, paint, paving and anything else that is part of putting together a new home.

The multiplier effects of development and construction are woven into our local economies and employment.

That means the ponderous pace of, and obstruction by, council planners must end.

If everything goes well it can take four to five years to get a proposed development through council processes. But it can take much longer than that.

We can’t advance as a nation and provide one of the basics of life, housing, if there is so much delay in getting good housing produced.

There is also a fallacy in the Government’s thinking that finance is the problem behind the housing crisis.

It means the Government is working on a problem that isn’t there and ignoring the one that every builder and developer is pulling their hair out trying to deal with.

Developers can raise as much capital as they need: they don’t require Government help with that.

There are many financiers that would like to be part of the New Zealand housing market. But they struggle to justify investing when they can’t be sure how long a development they might back is going to take to get through all the council processes.

The root of the problem with speed to market is the ever-increasing mountains of red tape and slow council decision-making or non-decision-making. That is where the focus of Government must be.

Additionally, the new Ministry of Housing and Urban Development must be staffed with people who have actually developed housing and actually built houses.

There are too many people in key decision-making positions in those key ministries without any idea of how to develop housing. We need to change that.

One option would be the creation of housing ‘Czars’ in each region with the power to clear away bureaucratic barriers and who have a direct line to the minister.

It would be their job to cut away useless time-wasting council process and put a spotlight on any situation where barriers were being created for spurious reasons.

Instead of consent officers seeing their job as hindering and slowing developers, we need a more collaborative style of governance where central government, local government, and private housing providers work together on agreed goals that work for all parties.

It can be done, it just takes leadership from the top and a required change in the way consent officers are tasked.

Peter Cooney is co-director of Tauranga-based Classic Builders, which is the second largest home building company in New Zealand. They currently have around 4000 lots/units in various stages of development.