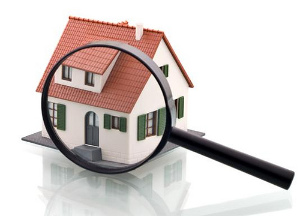 A new stand-alone Housing and Urban Development Ministry is being established to tackle housing related issues ranging from affordability to homelessness.

Minister of Housing and Urban Development Phil Twyford, who announced the new Ministry today, says addressing the national housing crisis is one of the biggest challenges the Government faces.

“Too many New Zealanders are hurting because of their housing situation. Many are locked out of the Kiwi dream of home ownership. Others are homeless or suffering the health effects of poor-quality housing.”

The new Ministry will provide Government with strong leadership and fresh thinking and will also end the fragmented current approach caused by involving a number of agencies, he says.

It will be the Government’s lead advisor on housing and urban development and will provide across-the-board advice on housing issues -  including the drive for affordable, warm, safe and dry rental properties.

Initially, the Ministry will be set up by merging units from three other Government agencies, using funding from their existing operational budgets:

One such unit will be comprise the Ministry of Business, Innovation and Employment's housing and urban policy functions, its KiwiBuild unit and the Community Housing Regulatory Authority.

Other units will be Treasury's monitoring of Housing New Zealand and the Tāmaki Redevelopment Company and the Ministry of Social Development’s policy for emergency, transitional and public housing.

But the MSD will continue to assess people’s need for housing support and manage the public housing register.

The new Ministry will be established on August 1 and will officially start operating on October 1.

Twyford says it will help the Government to deliver their ambitious plans to build much-needed affordable housing, and create modern and liveable cities ready for the future.

The National Party and ACT have come out against the new Ministry, with both slamming the creation of more bureaucracy and calling for changes to the Resource Management Act to make it easier to build houses instead.

Hopefully, it will mean a cohesive approach to solving housing issues including supply, affordability and the speed with which properties can be built, she says.

“Given that home ownership levels are at their lowest point in 60 years, this is a problem that needs to be urgently rectified.

“If Twyford can achieve the efficiencies he promises by creating this new Ministry, then that can only be a positive move for New Zealand and New Zealanders.”