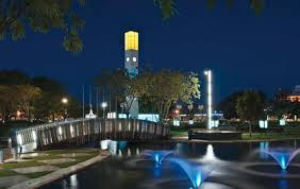 Palmerston North may not have the glamourous appeal of a big city but, unlike many markets, it can still offer investors a heady mix of affordable prices and good returns, writes Miriam Bell.

Slowing, even flatlining, markets in the main centres mean that the regional heartland is where the engines firing the property market are these days. After years of languishing in the background, it’s provincial markets that are now seeing high demand and stellar price growth.

Palmerston North is one such market. While it may not have the glamour or dramatic potential for growth of a big city, investors would be unwise to overlook its quiet charms which include a very healthy student rental market.

Property in the Manawatu’s business hub is available for comparatively affordable prices and, at the same time, the market can still provide decent capital gains and solid returns to investors.

Manawatu Property Investors’ Association president Pauline Beissel says sales were strong and gained momentum in February – although there was slightly less activity in March. “Having said that, multiple offers are still happening on purchases and vendors are benefiting from the higher sale figures as buyers scramble to secure a sale.

“Additionally, vendors’ expectations have now changed to align with market beliefs that their property is worth more. Therefore, prices remain strong in Palmerston North even though, in comparison to other cities, it is still an affordable city.”

While the market may be growing strongly now, it’s been a long time coming. In the current property cycle, Palmerston North was a slow starter.

Watson Real Estate business development manager Greg Watson agrees the market is definitely on the rise. But it comes after a delay in recovery post-GFC, he says. “We had a long, flat period when prices remained unchanged. But prices have been going up since November 2015 and, after a bit of a lag, rents have now started to increase too.”

He believes property prices are likely to keep rising for the next 12 to 18 months, followed by rents. “The market will then plateau for a while before it starts climbing again, slowly. We are seeing accelerated growth at the moment, but when it starts to catch up the growth will drop off a bit.”

Palmerston North will never have the spectacular price rises seen in some places, but nor does it have the potential for dramatic falls. Watson says that means the market is consistent and reliable and, in turn, there is less risk for investors.

While Palmerston North’s recent growth has come alongside that seen in most markets around the country, some specific market drivers are at play too.

One of these is the city’s well-publicised affordability. Not only is this attracting owner-occupiers relocating from higher priced cities for a better lifestyle, but out-of-town investors keen to build their portfolios. Harcourts Team Manawatu’s Tim Cook says the increased demand has contributed to a shortage of properties and a more competitive buyer pool.

“There is no doubt that we are now seeing many more out-of-town buyers in the market. Investors, especially from Auckland and Wellington, are coming in, moving quickly, and then going home. But out-of-town investors can be unrealistic in their price expectations – and not appreciate that Palmy is not as cheap as it once was. This helps to boost prices.”

Price battles aside, the attraction of the market for investors is obvious, in Watson’s view. That’s because an investor from Auckland can sell one property in Auckland and use the proceeds to buy multiple properties in Palmerston North.

“Often they are retired and/or wanting to live off a cash flow income – and they can get double, or more, for their money here. They might not get the huge capital growth but the cash flow is there. That makes it easier to service debt and it certainly helps when wanting to fund a lifestyle.”

In tandem with this trend, the city has now been seeing positive net migration for the last two years. This influx is not just driven by affordable houses, it is also assisted by a strong local economy which offers attractive employment prospects.

There are some well-established sectors – such as tertiary education, defence, and government administration – and large employers including MidCentral Health, Ezibuy and Goodman Fielder. But these days there is also a fast-developing and dynamic research sector, which involves the likes of Food HQ, Fonterra, and AgResearch.

Watson says potential job opportunities are attracting more workers to the area. “Around 1,200 new people settled here in the year ending July 2017. That means around 400 extra houses are needed. And there is a shortage of houses to buy and houses to rent. This state of affairs is all good for investors.”

Traditionally, the city benefits from a consistently strong tenant pool – helped in no small part by the fact that it is a renowned student city. But there are now additional factors driving the rental market to new heights, Watson says. As a result, average weekly rents have been rising steadily for the last year and vacancy rates are very low – even though 38% of properties are rental properties.

“Landlords can get the rents that they want for their properties at the moment. We are not at the stage that Wellington is. But there’s not that many rental properties so if you put one on the market at a good price it will be rented quickly.”

When it comes to yields, because rents have been rising along with prices, they have stayed steady, Watson says. He estimates the city’s average yield would be around 5% nett – although it could come in anywhere between 4% and 6%. Realestate.co.nz also calculates the city’s average rental yield at being around 4.45%.

Beissel agrees that landlords have no problems renting properties and that returns on rental properties are high. But she also points to a new development among tenants, one which is particularly noticeable in the city’s important student rental market.

“No longer are run down properties an attraction for students – they are more discerning and want better quality housing these days. They tend to come from high standard homes and want a similar standard of accommodation for themselves.”

This, on top of new Healthy Homes related compliance regulations, is prompting some landlords to exit the market. Cook says they are seeing lots of rundown-type properties, which would once have housed students, coming on to the market.

“But they are not being snapped up because of the costs involved in getting them into a compliant state. Investors are now looking for more modern properties that meet the new requirements. Because that’s what the tenant pool wants.”

Opinions on where it’s best for investors to buy in Palmerston North are divided.

Watson says that investors looking for high cash flow should go for Highbury or Takaro, but picks Hokowhitu or Terrace End for capital growth.“ Kelvin Grove has potential. Values there are on the rise due to improvements in infrastructure.”

Cook also picks Kelvin Grove as somewhere with good potential for capital growth. But, in his view, tenant considerations should guide investors selecting a suburb to buy in.

“Investors looking for student tenants should buy around where they are based, like Hokowhitu or somewhere central. Somewhere close to public transport and essential infrastructure. In contrast, if an investor is aiming for family tenants, it’s more about the house size and type and school zones.”

For Beissel, Highbury and Westbrooke have potential as they have some of the cheapest properties in the city and investors could gain the highest yields from them.

But her preference has always been the Hokowhitu area. “It is more expensive but it has held and increased its values. It is a popular residential area characterised by the Hokowhitu Lagoon which is used as a place of relaxation and recreation.

Long-time Palmerston North investor Vicki Beagley, who owns 16 rental properties in the city, doesn’t like to buy in areas that are more than four kilometres from the square. That means her picks are Hospital/Papaieoa, Hokowhitu and West End.

“But it’s also worth taking the land and location into account. We have a two dwelling rental in Hokowhitu. It’s the worst house on the street but in an excellent location with development potential. Also, we have had good returns from two-bedroom units with garages. There is high demand for these – from couples, single parents, and professionals.”

The scope for decent returns may already be high in Palmerston North, but so too is the scope for increasing them further.

Watson says that, when buying, investors should think about how they can add value and boost their returns further. “For example, there are a lot of decent sized sections in Palmerston North. Ones that you could put another property on. So you could have two properties on one title or you could sub-divide.”

While there are many such opportunities still available, there are also many properties which have good potential for value-adding do-ups and renovations.

Beissel says the market provides scope for property-improving renovations. That’s because despite the current shortage of properties, there is a growing demand for improved accommodation options.

“And it is not just because students are expecting a better standard of rental property, it’s because new compliance regulations are compelling it. I tell our members that it’s always best to provide well-presented, homely, warm rentals which are up to date with repairs and maintenance.”

But she adds that when it comes to renovations it does depend on what an investor feels comfortable doing. “Most importantly, investors need to do their research and their sums but they shouldn’t procrastinate. And they need to be open to all housing styles and opportunities.”