Rotorua more than bubbling along 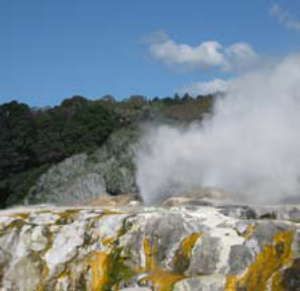 While some have talked of a decline in provincial centres, Rotorua has bucked any such trends.

In recent years Rotorua’s population growth has turned around - after years of essentially no growth, indeed population loss at times, the city has now passed the 70,000 mark. In the past year it notched up the largest annual growth in the past 10 years.

The CBD, which has been much-maligned, has its lowest recorded vacancy rate in 17 years.

“The local economy is performing well, business confidence is high, tourism is booming, population growth is positive (a reversal of historic trends) and the region looks to be an early beneficiary of the new government’s regional focus with confirmation it will headquarter the NZ Forestry Services,” Bayleys say in a recent report on the city.

“With a growing population comes increasing demand for new housing stock and we expect residential construction activity to gain momentum over coming years.

"Much of this activity is likely to centre on the eastern side of town around Te Ngae Road including land that was originally set aside for the now scrapped Rotorua Eastern Arterial.”

The commercial sector has also been buoyant with many new developments in both the retail and office sectors.

This is partly linked to the fact that a large portion of the domestic tourism market is from Auckland residents. It’s also because Rotorua is seen as an affordable place to buy investment properties.

“The Rotorua market has been very good to investors over the last year,” says Margie Macalister who recently joined the team at iFindProperty.

“Despite this Rotorua is still cheap compared with neighbouring cities, such as Hamilton and Tauranga, or Queenstown, the other top tourist destination.

"I would not be surprised if Rotorua continues to catch up with these other centres as there is so much good news with growing tourist numbers and the amount of development around the city.”

“In the cheaper suburbs such as Fordlands, Koutu, Western Heights and parts of Owhata it is still possible to purchase properties for under $250,000 that deliver strong cash flow and capital gains. Investors are competing with first home buyers in these areas and good properties are snapped up quickly.”

“Good returns can also be found in areas close to the CBD such as Victoria. Zoned Residential 2 there is a predominance of multi-income stream properties providing good yields and long-term capital gains.”

iFindProperty, which is New Zealand's longest running property finding company, originated over 10 years ago in Rotorua. Founder Maree Tassell says Rotorua is still its strongest market with demand coming from both offshore and New Zealand-based investors.

"Rotorua is seen as a safe place to purchase buy and hold properties. The local economy is seen as strong as it is based on tourism and forestry. Many purchasers also like to holiday in Rotorua so having investment properties here gives them a valid tax-deductible reason to visit.”

Shortage of listings and rentals

Bayleys agent Beth Millard says Rotorua, like other markets, has seen a fall in sales volumes.

“Low sales volumes have assisted with keeping prices up and stable. Most properties are going into multi-offer situation, which is always a good sign.”

Multi-offers are frustrating for purchasers, but work in the vendors’ favour.

The significant increase in the median house price in Rotorua is the most exciting thing to occur in the market in recent times, she says. This has been a long time coming and the city is going from strength to strength.

There is also a chronic shortage of rentals, only 47 listings on Trade Me at the time of writing.

Russell Hardie director Donna Russell says “At the moment we don't have a single two-bedroom to rent. The three-bedrooms are also really scarce. The shortage has been there for three years now and it's getting a little bit worse. Landlords have got a huge choice of tenants."

Where to buy in Rotorua

“If you stick to that formula, and be very conscious of location, then you should expect low vacancy levels, minimal drama and steady rental income. Today’s high demand and low supply of rental property is cyclical. It won’t be like that forever.”

“They're outlaying more money to get that gain and they'll get a smaller yield,” she says, but "if they're looking for yield, they'd be looking at Fordlands and Pohutakawa Drive in Owhata. They're higher risk, but get high yields."