Sub-letting a rental property on Airbnb breaches the Residential Tenancies Act, according to a precedent-setting Tenancy Tribunal ruling in favour of the landlord. 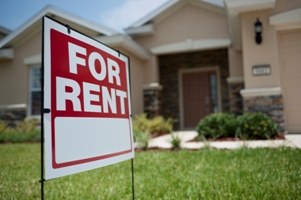 In the first case of its kind in New Zealand, the Tenancy Tribunal has ruled that two Wellington tenants breached both the RTA and their tenancy agreement by sub-leasing their rental property via Airbnb.

The tenants, who made $1,568 from “hosting” guests from Airbnb, were in a fixed-term lease for four months, but found a house and tried to get out of their lease early.

However, the property manager did not let them out of their agreement early because it was not in the best interests of the owners.

The tenants turned to Airbnb and sub-let the fully furnished property to over seven different groups.

When he found out, the property manager Keith Powell, from Nice Place Property Management, went to the Tribunal.

The Tribunal awarded $1,000 to the property owners for “mental distress” plus exemplary damages of $300 as a deterrent from doing it in the future.

But Powell said the deterrent didn’t go far enough as the tenants broke the law and breached their tenancy agreement which was devastating for the property owners.

The tenants had made over $1,500 and were not required to pay back the full sum, he said.

“If tenants are knowingly putting the accommodation in the hands of groups that have not signed the tenancy agreement, and making a profit, then I don’t think a $300 fine is going to stop anyone.

“At the very least they should be required to pay the revenue back they made from Airbnb.”

Powell said that in cases where the landlord has been in breach of the RTA tenants have been awarded a full refund of their rent, bond and, in some cases, damages as well.

“But in cases where tenants have breached the RTA, the same penalties are not imposed.”

For landlords, it pays to know that there are some major consequences from tenants sub-letting rental properties on Airbnb.

RealiQ property management expert David Faulkner said there are serious insurance implications for landlords that aren’t aware their properties are on Airbnb.

If serious damage does occur to a property, insurance companies might not cover the damage as the property is not being used as a principal place of residence by the tenants, he said.

“The likelihood is that the liability would fall back on the tenant as they intentionally breached their tenancy agreement by subletting without the consent of the landlord.”

Given current uncertainties around tenant liability for damage, this could result in a minefield.