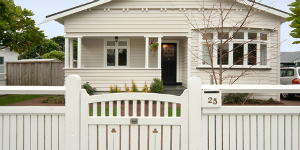 Warrants of fitness for rental properties will be trialled in New Zealand homes, the Government has announced.

But at the moment, they will only apply to Housing New Zealand homes.

If the trial is successful, the scheme will be extended to other social housing providers.

The Government has previously said it would not introduce such a system for private rentals until its own properties were in order.

But Green Party co-leader Metiria Turei, who has campaigned for a warrant of fitness scheme for all properties, said it did not go far enough.

“It’s not going to sort out the biggest problem of poor quality private rentals. Until they do that, this Government is not doing anything for low-income families.”

The New Zealand Property Investors Federation is critical of the idea, saying it will needlessly raise costs for landlords, which will have to be passed on to tenants.

This year’s Budget has moved to increase the supply of housing but critics say it will do little to stop the rise of prices in the short to medium-term.

The Inland Revenue Department has also been handed an extra $6.65 million a year to tackle property investment tax compliance.

The move is expected to return about $45 million a year in tax.