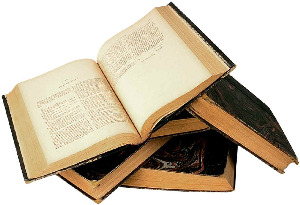 More than half of New Zealanders support the introduction of a capital gains tax on residential investment properties, a new poll has shown.

And Labour leader David Shearer says Auckland homeowners making large, quick profits out of the hot housing market are perfect illustrations of
why such a tax is needed in New Zealand.

A Herald on Sunday/Key Research poll of 1000 people showed 55.2 per cent supported the idea of a capital gains tax, although more than half said it would depend on the level of tax payable.

Just 32.9 per cent did not support a capital gains tax at all and 11.9 per cent were not sure.

The highest percentage of those who did not support the introduction of the tax wee in the 65 to 74-year-old age group.

Shearer, whose party is campaigning for a 15 per cent capital gains tax to apply to all investments except the family home, said the results were at the level he would expect.

``I think there's growing awareness that we need a capital gains tax in New Zealand and I think that number is growing. In another year, many more people will be supporting it.''

He said the heat in Auckland's housing market was allowing people to make large, tax-free profits, which made the issue of a capital gains tax particularly relevant.

The tax he is proposing would not be retrospective, so would only apply to properties bought after it was introduced.

Shearer said it would encourage investment in more productive assets.

But Auckland Property  Investors Association president David Whitburn, who has been a vocal opponent of such a tax, said he was very surprised by the poll result.

``Our beautiful country needs to encourage entrepreneurship, innovation and reward those who risk their hard-earned capital. It is a totally unnecessary tax. We need to cut Government expenditure instead, rather than let jealousy creep in by farming the so-called rich.''

A spokesman for Finance Minister Bill English said a  tax was already applied when people bought and sold residential property with the intention of making a profit.

Inland Revenue had been given more resources to track and tax property speculators.

He said a capital gains tax was not a sure-fire way to restrain house prices.

``Even countries with an across-the-board capital gains tax, such as Australia, have suffered from housing price bubbles.''

The spokesman said changes such as denying depreciation on rental properties, tightening the rules around loss-attributing qualifying companies, stopping property investors from using rental losses to get more Working for Families credits  and cutting the top tax rates had generated at least an
extra $42.5 billion in additional tax revenue over four years.

NZIER economist Shamubeel Eaqub said a capital gains tax would need to be comprehensive if it was going to work.

Property market commentator Olly Newland said the threat of a future  Labour/Greens government imposing a capital gains tax was likely pushing current prices up as people  bought to get in before the tax.

He said if it were introduced, a capital gains tax would be added on to asking prices and would reduce the supply of property for sale.

On 23 January 2013 at 10:32 am Andy said:
A capital gains tax is already in existence for those who trade in buying and selling houses! People are moving away from rental investment now due to this ridiculous scaremongering. The reality is: Not everyone wants to or can afford to buy a house. Therefore there is a NEED for others to own the rental stock. It doesn't make sense to burden the Government with the capital cost to subsidize this, so why not put it to the open market and let people chose their own retirement plan? If I sold my business, am I expected to pay a capital gains tax? What about if I sold my shares, or cashed in my private investments, or MY KIWISAVER? What makes my rental property any different? The profit that people make from the sale of a property is the reward for the risk they took and the opportunity costs involved. BASIC ECONOMICS 101! To be fair, if a capital gains tax is introduced, can we also expect tax relief if we make a loss on the property? THAT alone should make the David Shearers sit back and think again! Mark my words - a capital gains tax will see property prices pushed further beyond the reach of everyday people!
On 24 January 2013 at 12:16 am Huri said:
New Zealand does not need any change to the existing capital gains taxes on property. Capital profits on houses traded for profit are already taxed. Suggesting that Auckland homeowners be taxed on the capital profit made from the sale of their house is not reason enough for introducing a capital gains tax on all home-owning New Zealanders.
On 30 January 2013 at 7:03 pm Glenn said:
Huri, you're quite wrong. It's NOT all home-owning New Zealanders that this is targeted at. It's very clear, it's NOT the family home. Comments like yours are the scaremongering... Capital gains taxes have shown, across the world, that the impact of housing price bubbles, while not eliminated, is reduced drastically.