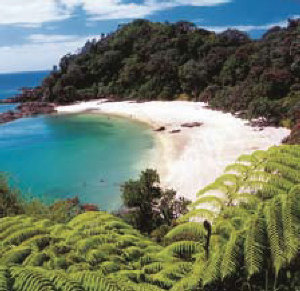 There has been no drop-off in buyer inquiries over the holiday period, real estate agents around the country report.

Property commentator Olly Newland said that instead of the phones going quite from December until the end of January, inquiries have continued unabated.

And New Zealanders are turning holiday daydreams into reality by buying baches as well as everyday homes this summer.

The most popular holiday home destinations are those within an hour's drive of Auckland.

Between November 1 and the end of this week, 44 properties were sold in the Waiheke suburbs of Ostend, Oneroa, Onetangi and Surfdale.

Most sold well above their 2011 valuations. Whangaparaoa recorded 61 sales.

Newland said bach sales always surged at Christmas as people wandered around and spotted what looked like idyllic properties, bathed in summer sunshine.

He said areas that were "red hot" for holiday home sales were those in striking distance of Auckland, accessible enough to be used regularly.

Another of those was Omaha, on the Rodney coast. Omaha, consistently one of the regular best sellers, had 20 recent sales, some above and some below their listed valuations.

Realestate.co.nz marketing manager Paul McKenzie said there was always a surge of interest at this time of year. Historically, coastal areas had twice as much website traffic in January than they did in October.

"People go to a rental property and think, 'I'd love to own a house here'."

He said interest in Mt Maunganui had been particularly strong last year. View numbers rose from 35,000 in October 2011 to 75,000 in January last year.

Thirty-five properties had sold in Mt Maunganui in the past two months.

"Generally, January is one of the biggest times for people looking for coastal properties on our site," McKenzie said.

Some of the cheapest baches in the country are in Northland. Leasehold baches at Pataua South, just outside Whangarei, are selling for as little as $65,000. In Kaimaumau, north of Kaitaia, a one-bedroom bach is listed at $125,000.

Real Estate Institute of NZ Northland spokesman Graham Lester said the most popular parts of Northland were those most accessible for Aucklanders. Tutukaka and Ngunguru seemed to be becoming popular, just over two hours' drive from Auckland, and Ruakaka was growing in popularity as it was just over 90 minutes' drive.

But increasing interest was not translating into many sales yet and those ready to buy a property would find the region offered good options. Some coastal properties had been on the market for several years.

"The prices are still struggling to get anywhere near where they have been in the past," Lester said. "Auckland is moving closer all the time but it's not close enough that people think of this area as the place to have a second home yet."

He said coastal areas would be lucky to see one top-end sale a month. REINZ statistics show only 39 sales in coastal Whangarei between November 1 and this week. One of those was in Tutukaka and 21 in Ruakaka.

Lester said Marsden Cove, Waipu and Ruakaka were building in popularity because they were a little closer to Auckand.

Harveys Real Estate and LJ Hooker general manager Keith Niederer said people were becoming interested in those areas because they realised prices would not drop much further.