A second property developer has been handed a home detention sentence for his role in an elaborate fraud. 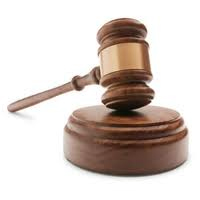 Charges were brought against Mr Friedlander and an associate, Ralph Vuletic, in January 2011 by the Serious Fraud Office.

Both men faced charges under the Crimes Act of attempting to pervert the course of justice, using a document for the purpose of obtaining pecuniary advantage and uttering a forged document.

In August this year, Friedlander pleaded guilty to creating a false debt to avoid bankruptcy, with the assistance of Vuletic.

At that time, Friedlander had a failing property development and insurance brokering businesses and was in debt to the tune of over $10 million.

He formulated a scheme to attempt to avoid bankruptcy by creating a false debt and fraudulent paper trail.

Vuletic pleaded guilty in October 2012 and was sentenced to nine months home detention.