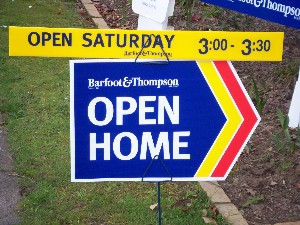 Agents must be very careful that they can back up any claims they make about a property, the Real Estate Institute says.

The Real Estate Agents Authority's disciplinary tribunal has overturned earlier decisions and says agents can describe houses as being designed by an architect, even if the plans were drafted by someone not registered with the Registered Architects Board.

They just need to prove the designer has the necessary skills.

The tribunal's decision comes after an appeal by eight Barfoot & Thompson agents who had described houses as architect-designed.

The authority's complaints assessment committee had found the agents of guilty of unsatisfactory conduct, but the tribunal overturned the findings on appeal.

New Zealand Institute of Architects' Auckland chairman Richard Goldie said the value of the word “architect” was being eroded.

"Despite these complexities of the use of the word architect in law, we still commonly understand that the word 'architect' means a registered architect - a professional, a person who has been educated and has gone through a pretty rigorous registration process," he told media.

"To then have a body really downgrading all of that I think is outrageous, as far as architects are concerned."

But REINZ chief executive Helen O’Sullivan said agents still needed to be careful about the way they described a property. “If you make a representation, you need to be able to substantiate it.”

She said more agents were naming the person who designed a property rather than claiming they were an architect.