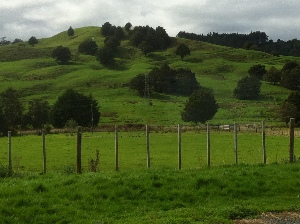 New Zealand’s lifestyle property market isn’t firing up to the same extent as the residential market, according to the latest REINZ rural statistics.

There was a 6.4% increase in sales volume for the three months to August 2012 compared to the same time the year before, with 1387 sales recorded.

Only two regions recorded increases in sales compared to July: Gisborne and the West Coast.

Twelve regions reported drops: Canterbury had the largest fall, with 30 fewer sales, followed by Northland with 25 fewer and Auckland, with 24 fewer.

Compared to the three months ended August 2011 the number of days to sell improved by 12 days from 100 days to 88 days.

REINZ rural spokesman Brian Peacocke said: “Activity in the lifestyle market remains steady with little change over the past three months.  There is good activity in the $600,000 to $1 million price range in the Rodney and Kaipara districts in the Auckland region and increasing enquiry in the $1 million to $2 million price range in the Franklin and Hunua districts south of Auckland city.  Buyers from Auckland and Christchurch are boosting enquiry in the central Waikato region, particularly in the $600,000 to $800,000 price range.  The lifestyle market in the Bay of Plenty is still suffering from the fallout from the PSA devastation in the kiwifruit sector whilst activity across the rest of New Zealand is relatively consistent for this time of the year.  Most regions are anticipating increasing activity as we progress further into the spring.”