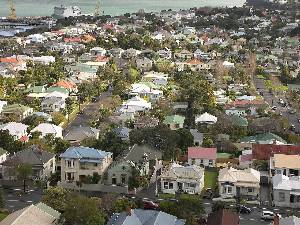 The actual number of consents rose in December 2011 on the year earlier but remain at a low level, with December 2010 was the lowest December month in the 46-year history of the series.

"Most of the increase in housing approvals for December 2011 was concentrated in Auckland, Wellington and Canterbury, with many of the other regions showing small falls," said industry and labour statistics manager Louise Holmes-Oliver.

"Over the third quarter of 2011, we had started to see tentative signs of improving construction demand," she said.

"Weakness in consent issuance over the past two months suggests this momentum may be fading."

After removing seasonal distortions, new housing approval numbers rose 2.1% in December 2011. Excluding apartments, there was a small decrease of 0.2%.

Trend numbers for new housing approvals rose during the nine months to December 2011, but the rate of increase is easing.