House prices are roughly back to where they were a year ago. However, don’t expect a revitalisation of the housing market any time soon: the big slump in turnover suggests prices have further to fall before they find the market-clearing level. 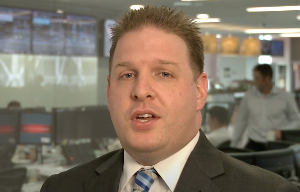 This comes from a steep drop in house sales from already-depressed levels, down by 12% in June in seasonally adjusted terms, REINZ figures show. Sales are now at their lowest in more than a decade.

Westpac acting chief economist Michael Gordon says falling sales are usually a harbinger of further price declines, although that relationship took a while to assert itself in 2021.

Wellington, one of the most overheated regions during the run-up in prices, is now down 14% from its peak. Auckland has also been hit hard, down 10% from its peak.

In contrast, Canterbury, which had become relatively undervalued in previous years, and Otago, benefiting from the return of tourists to the Queenstown region, are down by less than 2%.

The REINZ house price index fell by 0.9% in June in seasonally adjusted terms. This is the seventh monthly decline in a row, and leaves the index down 6.7% from its peak late last year.

Kiwibank chief economist Jarrod Kerr says the bank was surprised by the pace of price falls over the June quarter. “We had forecast a 3.2% fall. Instead, the index fell almost 5% over the second quarter. If this pace of house price decline continues in the coming months, we will be forced to revise down our forecast of a 10-11% annual drop in the December quarter.”

The housing market’s slump stems from the sharp rise in mortgage rates over the past year, as markets upped their expectations of OCR hikes by the Reserve Bank.

Kerr says about 60% of all outstanding mortgages roll off fixed rates this year. Many mortgagees are experiencing a sizeable increase in interest expense and this will weigh on the housing market for some time to come.

He says the Reserve Bank’s last OCR track outlines a move in the cash rate to 4%. “The bank will probably meet its inflation mandate without the need to hike that far. “If we are right, then some fixed mortgage rates – such as the one and two-year – might be nearing the peak in the current cycle.

“While this will be of some relief for mortgage holders, it’s worth noting that if we get another major global supply shock then it’s back to the races for mortgage rates,” says Kerr.

Meanwhile, Gordon says more recently there’s been a pullback in that pricing as concerns about recession have emerged. That in turn has been reflected in cuts to some fixed-term mortgage rates.

He  thinks last month is likely to mark the peak in fixed-term mortgage rates, even as the Reserve Bank continues to lift the OCR.

Westpac continues to expect a combined 15% drop in prices over this year and next year.