Average home values across the country have dropped more than $52,577, down 4.9% since the beginning of this year, according to QV’s latest House Price Index. 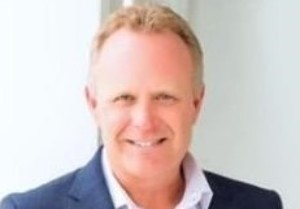 In Auckland the drop in average values of $99,227 is almost double that of the rest of the country. The percentage drop is 6.4%.

QV’s data shows Wellington and Napier had the biggest three-month value drops with falls of 6.6% and 5.4% respectively. Nelson and Hamilton, at 5.2% and 4.7% reduction in values respectively, are not far behind.

Only one of the 16 major urban areas QV monitors has shown an increase in three-monthly house price value, with Queenstown-Lakes defying the downward trend with 1.9% home value growth for the quarter.

The housing marker is still continuing to feel the heat from rising interest rates, although mostof he major banks have pulled back their two-year fixed interest rate this week after raising the week previously, and a recent surge in listinging.

Credit constraints are limiting the number of new buyers entering the market and a combination of newly completed developments and existing property being listed for sale means there’s significantly more sellers than buyers, which is putting downward pressure on prices.

QV general manager David Nagel says just six months ago the national market was tracking at just under 30% value growth a year. This has fallen back quite dramatically, down to single figures, with further drops inevitable over the coming months as the home value correction continues.

“A 3.4% reduction over a three-month period doesn’t sound like much when considering the gains over the previous couple of years, but when looking at the fall in value throughout the first six months of this year, it becomes a lot more significant, particularly if buyers bought at the peak of the market late last year.”

Nagel says the most buoyant markets from 2020-2021 were the first to show a dip in prices, as evidenced by the six-monthly change data.

Palmerston North’s home values have come back on average 6.9% during the first six months of the year, with Hamilton values also hit hard at 6.4%.

The Wellington region also had big increases throughout 2020-2021, but is now showing an average correction of 8% for the calendar year. Auckland values have come back 5.6% in the same period.

Across the regions, Canterbury is showing the most resilience. Although growth is tapering off, Canterbury still recorded an average value increase of 20.9% since this time last year. The Taranaki region is also still showing strong annual growth at 15.5%, with Northland not far behind on 15% annual growth.

“All eyes will be on the next Reserve Bank OCR announcement as interest rates are expected to rise further to counter inflationary pressures,” says Nagel.

He says while prices are retreating across the country, the increase in borrowing costs means debt servicing and credit availability remain key stumbling blocks for new buyers to the market.

Investors on the back foot

I am not going to write "I told you so", because it can sound too arrogant. However, maybe the most effective approach with the house-price topic is to be 'arrogant?' This is just the start of it all, with much larger stuff to come, and here is my short list as a repeat...... > Higher interest rates > More difficult (more regulated) loan procedures > Major sharemarket corrections worldwide > Huge DEBT problems throughout world economies which are going to flow through to NZ. Eg; Refer to usdebtclock .org, and see the clock ticking in excess of $30 TRILLION It takes a wee bit longer for these events (and many more) to be recognised by many people, with the sad fact that eventually they listen to their gut at least......most times with it being too late to fight their way out of the horrifying truth. Sadly, I read that comments submitted from the likes of gmail may not be approved...!