Westpac expects Auckland’s housing shortage to be wiped out by the end of next year.
Across the rest of the country it will take four to five years. 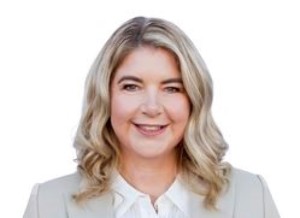 However, there are now murmurings of a looming rental crisis as investors are not buying and the plethora of recent legislation is now hitting landlords severely in the pocket meaning rising rents, possible selling-off of rental properties and lack of capital growth.

It has been estimated the country will need between  62,000 more rentals over the next 10-15 years to avoid a shortage.

For many property managers across the country, the number of properties on their books have already dropped by 10% as investors pull out of the market due to steeply rising costs. Real estate agents are also reporting investors are still sitting on the fence and not buying as they are waiting to see the impact of new tax regulations while 2021/2022 financial accounts are prepared.

Bayleys Canterbury residential investment specialist Angela Webb says for most investors the full extent of the new IRD regulations will not have hit home yet.

“Many property investors are middle New Zealanders and their  personal incomes are often modest - so they can’t personally absorb these higher tax costs. Expect to see rents rising over the coming months or in more extreme cases, rental properties coming up for sale as investors financially digest the full ‘bitter pill’ impact of restricting their ability to run their property asset profitably.”

Webb says the new IRD tax imposition is “head and shoulders” above at least five other legal requirements which residential property investors have had to initiate and manage over the past 11 years - Healthy Homes legislation, ring-fencing losses on residential properties, extending the Brightline test, limiting the definition of chattels and restricting depreciation on residential rental properties and the change in allocating who pays property management agency letting fees – transferring the liability from tenants to owners.

He says since the start of the pandemic, the shortfall of housing has fallen by about 30,000 homes nationwide. That still leaves a shortfall of about 45,000 houses. However, further big changes are in train in terms of both housing demand and supply.

Some of the biggest changes are in Auckland, where the population dropped by 1,300 people and house building surged.

The shortage of houses in Auckland has been cut from about 35,000 homes at the start of the pandemic to about 15,000 homes, says Ranchhod.

“There is still a way to go, but that is a massive turn-around after a decade when the pressures on housing stock had become increasingly pronounced.”

With building activity continuing to ramp up, the underbuilding of homes in Auckland that developed over the past decade is on track to be largely eliminated by the end of next year.

In other parts of the country, population growth has not fallen to the same extent. As a result, housing shortages in areas outside of Auckland are being eroded more gradually.

Even so, building levels have lifted across the country, and the existing shortages look set to be wiped out in the next four to five years.

Ranchhod says over the next five years, New Zealand will need to build about 130,000 new houses to address the existing shortfall and keep up with the needs of our growing population. That’s equivalent to building 26,000 new homes a year.

“Right now, consents are running at nearly double that pace, with about 50,000 new houses consented over the past 12 months. And although shortages of materials and labour are providing a brake on how quickly housing developments are being completed, we’re still looking at a period of rapid home building over the next few years,” he says.

At the same time the Government is tightening entry requirements for new arrivals based around skill levels. “We expect net migration will settle at about 30,000 people per annum. That’s a big step down from the annual inflows of 50,000 to 60,000 people a year that we saw in the years leading up to the pandemic. And the impacts of that change will be felt across the economy, including in the housing market.

Even with surging home building and a downturn in population growth, Westpac doesn’t  expect an enduring oversupply situation will develop in the housing market. In most parts of the country, the high levels of home building are needed to take the number of homes per head of population back to the sort of levels in the middle of last decade (just before the start of the recent period of very strong net migration).

Ranchhod says it’s a more nuanced picture in Auckland, however. “Population density is much higher in Auckland than in other parts of the country. That’s set to remain the case even with the record levels of home building. However, the balance between demand and supply in the Auckland market is likely to be different over the coming years.

He says housing pressures in Auckland mean there is typically an outflow of residents to other parts of the country – something that’s been exposed recently as the tap of incoming migrants has been turned off.

With the number of completed homes set to rise sharply, this raises the risk the city could tip into oversupply within the next few years. “We don’t think that will be the case for long: an abundant supply of housing will help to stem the exodus of Aucklanders, bringing demand and supply back towards balance. Ultimately, the risk of oversupply is more relevant at the national level, rather than regional.”

Ranchhod says the bank expects the level of home building will gradually ease back in the middle of the decade, mainly due to the rise in interest rates and the related easing in house prices. “Nevertheless, we expect home building activity will remain elevated for some time. That’s because of the strong financial incentives for developers to bring new projects to market: while residential building costs have increased by about 50% since 2015, average house prices have more than doubled over the same period.”

Ranchhod expects a further cooling in the housing market, but despite the expected easing in house prices, he doesn’t  expect a significant improvement in housing affordability.

“Average house prices have risen by about 110% since 2015, and the expected easing in prices will only offset a portion of that. In comparison, households disposable incomes have increased by about 50% since 2015. As a result, price-to- income ratios are likely to remain highly stretched across many parts of the country, and saving for a deposit will still be a significant hurdle for many people.”

Has the number of those in temporary accom been included ? We found that it was viable for 2 of our freehold rental properties to remain vacant for 18 months, rather than bring them up to to the required standard. As sales prices increased, all 8 properties were sold. Commercial properties purchased, given to a manager. The quality of tenants, some property managers, govt regulations, rising costs for repairs all contributed to the reason for selling. It's been 2 years since the last sale and our lives have changed for the better.