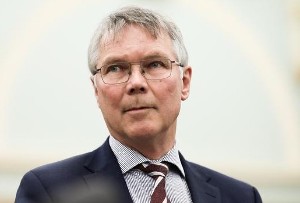 The bill, which was announced last year, is aimed at creating a fairer, more transparent tax system, says Parker.

At the same time, the IRD is also undertaking research into whether wealthy New Zealanders are paying their fair share of tax.

Under the bill there will be four tax principles: Horizontal equity, vertical equity, economic efficiency and administrative ease, which Parker claims are settled.

At a Victoria University speech "Shining a light on unfairness in our tax system" Parker says he sought principles New Zealanders of all stripes see value in retaining and protecting. “They need them to be clear enough to avoid ambiguity, without determining outcomes which are political."

PwC tax partner Geof Nightingale says what Parker wants is to legislate the principles and make officials report against them so he can see how well tax law stacks up against them.

He told Mike Hosking the principles make sense and are tangibly workable, but the issue is always at the margins.

“Tax settings are a political choice and the principles can be applied but they need to have political values where boundaries are set. That means they will only be effective to a point.

The interest limitation rules, which became law this year, which stop property investors writing off their interest costs against the tax on their rental income, would also likely go against the horizontal equity principle, he says.

This is a broad principle which, Parker says means people in the equivalent economic circumstances should be treated in the same way.

Nightingale said the bright-line test which the Government extended from five to 10 years for people owning a second house and having to pay tax on the capital gain if it is sold before that time, may also break the principle.

Nightingale says while Parker is at great pains to rule out capital gains or wealth taxes, he is definitely setting up the narrative for some future political mandate for more capital gains taxes. “That is absolutely clear.”

He can’t do it now because Prime Minister Jacinda Ardern has ruled out a capital gains tax while she is leader, but the Labour Party is being unclear on what tax policy it will come up with for next year’s election.

House prices could tumble at the same time across the country