Rents around the country are rising at the same rate of record inflation and hit a median of $575 a week in March. 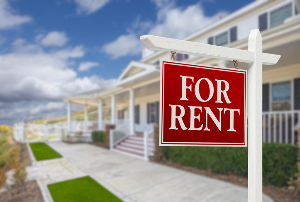 Inflation hit a 6.9% high in the first quarter of this year and rents rose 7% year-on-year to the end of March, Trade Me’s latest Rental Price Index shows.

In Taranaki median weekly rent grew by a whopping 18% year-on-year to reach $530 in March.

Trade Me property sales director says it is hard news for renters, who are having to fork out significantly more for everyday items across the board, , including housing costs.

While rents are skyrocketing in some areas, when compared with February, there was no change in the national median weekly rent.

Both supply and demand slow down

Nationwide, the number of rental properties available dropped by 6% last month when compared with March 2021. The majority of regions saw fewer rental listings last month than in March last year, with the biggest drops in Nelson/Tasman (down 39%), Canterbury (down 33%), and Otago (down 23%).

Notably, two main centres flouted this trend, with Wellington (up 7%) and Auckland (up 2%). The Manawatū/Whanganui region was the only other spot where supply increased during March, up 8% year-on-year.

However, when compared with February on a month-on-month basis, the number of rentals available on Trade Me increased by 5% last month.”

The most expensive Auckland districts in March were North Shore, Rodney, and Papakura, which all had a median weekly rent of $650.

Demand in the Auckland region was down by 13% year-on-year in March, while supply increased by 2%.

During March, the most popular rental listing in the Auckland region was a four-bedroom house on Youngs Grove, in Franklin. The property had a weekly rent of $680 and received 90 enquiries in its first two days on site.

Porirua continues to be expensive

In the Wellington region, the median weekly rent rose 7% year-on-year to reach $630 in March. When compared with the month prior, this marked a drop of 5% for the region.”

The most popular listing in the Wellington region last month was a two-bedroom unit on Hobbs Grove, Epuni. The $495-a-week property received 85 enquiries in its first two days onsite.”