The most significant shift in Auckland’s property market last month was the growth of property listings, data from Barfoot & Thompson, the city’s biggest agency, show. 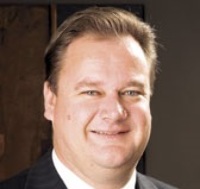 The agency had 1,994 new listings in March, boosting properties for sale at the end of the month to 4,816 - the highest number on its books in nearly three years.

Barfoot & Thompson managing director Peter Thompson says the level of listings esnsures buyers not only have a good level of choice, but it gives them additional time to make measured decisions.

“It also means vendors who are prepared to be flexible as to the price they will accept will create the opportunity to reach agreement on price.

“The growing influence that apartment, townhouse and bare section sales are having on the Auckland market can again be seen in last month’s sales data.”

Contrary to economic forecasts, the average and median sale prices of Auckland residential property showed resilience rather than declining

“Many market analysts will be surprised by the prices achieved,” says Thompson.

“There is a definite storyline developing that prices have fallen but that prediction is a little premature.”

Thompson says while the sales prices in March are the third highest on record, too much should not be read into one month’s trading and the dominant sentiment around where prices are heading remains uncertain.

“Overall, the rate at which prices are increasing is declining. Buyers are being more cautious than at the end of last year and vendors are trimming back price expectations that were based on the prices being achieved at year end.”

Sales numbers for March at 1,180 were down by a third on those for last March. Last March was abnormal and the highest for the month of March on record, says Thompson. When compared to sales volumes in March 2020 and 2019, this March’s sales were higher.

“They were right in line with what typically happens at this time of the year as vendors and buyers return to the market after the summer holiday break.”

Sales of properties for more than $2 million represented 11% and of that number, 3.3% were sales above $3 million.

The Auckland and Northland rural and lifestyle markets saw a return of buyers, with sales for the month exceeding $104 million; $38 million more than in February.