The housing boom is well and truly - even the public believes that now. 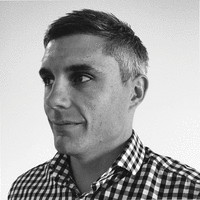 Buyer sentiment has fallen to the lowest level the 26 year history of ASB’s Housing Confidence survey, while at the same time the public has never been more convinced interest rates are going to keep rising.

The quarterly survey to January shows the percentage of kiwis expecting house prices to rise over the coming 12 months fell to a net 49% expecting them to increase. That’s still above average, but it’s well down on last quarter’s net 62%.

Amongst the regions, ASB says it was surprised to see Canterbury record the lowest confidence reading, at a net 42% expecting prices to rise. Canterbury has been bucking the trend of the more general cooling in the housing market; annual house price inflation in the garden city is running at roughly twice that of Auckland and Wellington. At the other end of the spectrum, South Islanders, outside Canterbury, remain the most bullish at +59%, with Auckland at(+52% and the rest of the North Island at +48% somewhere in the middle.

But while the boom might be passing, there’s still the hangover to deal with. Stretched affordability, rising mortgage rates, and tightening credit are not the makings of a happy home buyer.

Respondents who think it’s a bad time to buy a house now outnumber those saying it’s a good time by five to one. “If house prices do back-pedal a little this year and wages rise, housing affordability should look a little better by the end of the year, says Jones.

When asked whether it is a good time to buy a house, survey respondents have never been more definitive.

A net 28% think it is a bad time to buy (7% think it’s a good time, 35% a bad time) the most negative reading for buyer sentiment since ASB’s records began 26 years ago.

And who could blame them, says Jones. “The housing boom has lifted prices to extremely stretched levels, mortgage rates are rising, and the weight of expert opinion is now warning of outright falls for this year.”

Interest rate expectations have never been higher. It’s the second 26-year record that has been shattered this quarter.

Eighty percent of surveyed respondents expect interest rates to keep rising over the coming 12 months, with just 2% expecting them to drop. The net 77% reading has just crept above the prior 75% record of late 2004.

While the ASB doesn’t expect interest rates to hit the 2004 peak of 10.5%, it has nudged it’s forecast peak in the Reserve Bank’s  Official Cash Rate up to 2.75%. In turn, this is expected to deliver higher peaks in a range of wholesale and retail mortgage rates.

“Simply put, inflation is rampant. And even though growth is slowing, and the housing market has gone a little wobbly, the Reserve Bank needs to push on through with higher rates if it wants to get inflation back down to more tolerable levels,” says Jones. “The task is looking more difficult by the day.”

He says higher mortgage rates are but one of the three housing market party poopers on the scene. The others are tighter credit availability and rapidly rising housing supply. “The 2022 headwinds for house prices, and housing confidence, are clear.”

When asked whether it is currently a good time to buy a house, our survey respondents have never been more definitive. A net 28% think it is a bad time to buy (7% think it’s a good time, 35% a bad time), the most negative reading for buyer sentiment since our records began 26 years ago.
And who could blame them? The housing boom has lifted prices to extremely stretched levels, mortgage rates are rising, and the weight of expert opinion is now warning of outright falls for this year.

Breaking down this quarter’ s result:

Like the previous quarter, Canterbury shows the most negative buyer sentiment, matching its pessimism when it comes to the house price outlook. A net 36% believe it’s a bad time to buy there. This compares to a net 33% in the rest of the South Island, a net 29% in the North Island outside of Auckland, and a net 21% believing it’s a bad time to buy in Auckland. All four regions reported lower sentiment than last quarter.

[Opinion]Two years of COVID – what have we learnt in the property world?