Commercial landlords could provide less rent relief to vulnerable tenants if the Government presses ahead with changes to the Property Law Act – forcing them to offer rent relief to all tenants during lockdowns whether they need it or not. 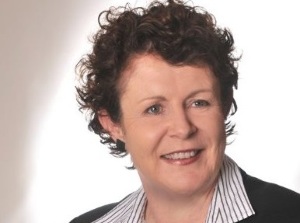 An immediate change to the Property Law Act will insert a clause into commercial leases requiring a “fair proportion” of rent to be paid where a tenant has been unable to fully conduct their business in their premises due to the Covid-19 restrictions.

The announcement was dropped on commercial landlords without any consultation or notice.

Kiwi businesses have been subsidised by the country’s biggest property owners to the tune of more than $320 million in rent relief since March.

The Property Council says under the new legislation vulnerable tenants who were previously given 100% rent relief could receive less as the landlord will have to provide “fairly” across all tenancies.

Larger companies, who might not need rent relief, could put their hand out because the legislation makes it possible for every business to claim it and they will, some commentators say.

Since the Government announced the proposed changes, the council has been inundated with stories from both tenants and landlords, many of whom will see their livelihoods at stake should the legislation come to pass.

Property Council chief executive Leonie Freeman says the message the council is getting is there has been poor behaviour on both sides.

Some large international tenants have used the Government’s intervention as an excuse to halt all rent payments and some well-to-do landlords have refused to compromise – both positions the council vehemently oppose.

Freeman received an email from a couple in their 80s a few days ago, whose only income is their pension and the rent from their small commercial property. Their professional tenants requested a 50% reduction in rent, despite their business not suffering any financial stress due to lockdown.

“This couple simply cannot afford a rent reduction, nor can they afford to drag the issue through arbitration in the tens of thousands.

“What does the Government propose they do? How will this legislation support people like them?” she says.

The Property Council has quickly made submissions to the Government and recommended changes to the legislation that will target support to only vulnerable tenants. These changes include the following.

1. “Who can get it?” – including meeting criteria such as being a New Zealand owned business; an SME (eg of fewer than 20 employees or having annual turnover less than say $25 million); and eligibility for the wage subsidy showing economic loss over a period.
2. “What is a ‘fair proportion of rent’?” – a set of considerations including an economic loss test, impact of online sales and “click and collect”, the ability for a business to operate remotely and consideration of the potential bounce back in sales once the physical premises reopens over a defined period of time.

• Limiting the clause to only alert levels four and three.

Freeman says the draft legislation is ambiguous and vague.

“Due to the lack of industry consultation the Government has failed to address some of the key issues that arose out of a similarly worded clause in the ADLS Lease, with the requirement for property owners to provide a ‘fair proportion of rent relief’ open to interpretation.

“Without clarification of what ‘fair’ means, this legislation merely puts the entire sector back at square one.”

She says had the Government taken its time and followed a fuller process which included consulting with the parties such as Retail NZ, BusinessNZ, Hospitality NZ and the Property Council, it could have achieved a workable solution that ensures those in the greatest need receive the most support.

“There are some serious unintended consequences that will result from the decision to deploy a blanket approach to what is a very nuanced and individualised contractual environment.

“In many cases the businesses which will benefit have much greater financial strength than the landlords who will be impacted.

“The proposal as currently drafted, with its wide application to commercial leases, has much broader implications.”