Riviera of the South shines

Tīmaru is a hidden gem in South Canterbury. We investigate all the property possibilities in this picturesque region. Sally Lindsay writes. 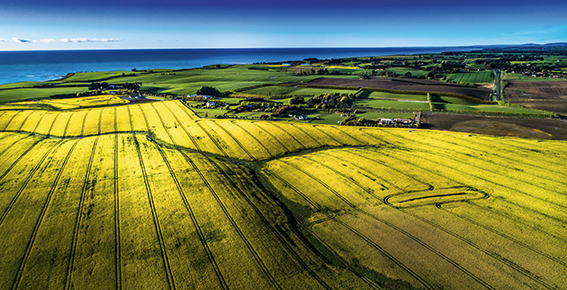 Standing on top of Mt Cook, looking east towards the Pacific Ocean South Canterbury forms a square. The area swoops down to the glacial lakes of Pukaki and Tekapo, and the tussocklands of the Mackenzie Basin. Eastwards, rolling hills rise and fall, flattening into the plains that stretch to the sea, while the braided Rangitata and Waitaki rivers make up the northern and southern boundaries.

Tīmaru, with a population of about 30,000 people, is also known as the “Riviera of the South”. It was given that name in 1950s promotional posters after a chamber of commerce member visited France and thought the two places were similar. South Canterbury has three distinct districts – Tīmaru, including Temuka and Geraldine; Waimate, including the Hakataramea Valley; and Mackenzie, including Mackenzie Country and the Fairlie Basin.

The port city of Tīmaru is the main centre and surprisingly it is a quiet technology hub, with many R & D companies and a big support infrastructure employing highly skilled people, who can afford the reasonable-priced homes on offer. Harcourts Tīmaru sales manager Susie Williams says all of Tīmaru is popular for buyers.

Williams says South Canterbury houses for sale are at their lowest stock levels for three years and are selling fast.

She puts the muted level of listings down to people who might want to sell their homes but have nowhere to go because there are not enough properties for sale. “They are reluctant to put their homes on the market, so it’s become a bit of a catch-22 situation.”

Most of the properties going on the market are selling with a three week campaign. “Right after the Covid-19 lockdowns the market went crazy and last year we had more sales than we ever anticipated. Now that has dwindled and we have extremely low listings across our three offices in Tīmaru, Geraldine and Temuka.”

Compounding the issue is the lack of subdivisions for new homes. All but one have been sold down and new homes have sprung up. The only major subdivision left is Brookfield Heights, which overlooks a scenic reserve and out to Hunters Hills. It will have bigger than normal sections of up to 5,000m2. Investors in the market are generally quiet, says Williams. “Some are selling and those who are cashed up are buying better houses.”

The most popular area for buyers is north-west Tīmaru, but Williams says the whole of Tīmaru is desirable. “Unlike the bigger centres, Tīmaru doesn’t have suburbs that don’t sell. People just want a house so they are looking everywhere, including Temuka and Geraldine and small settlements such as St Andrews and Pareora.”

Temuka is 10-15 mins north of Tīmaru and after years of being a backwater is now attracting people who work in Tīmaru because of its cheaper housing. Geraldine, inland from Tīmaru, is more expensive and attracts retirees and lifestylers to its “pretty English village” look. For the cheapest housing people are moving to Waimate, where they can service a mortgage of $300,000 to $400,000.

A strip around the port and along Caroline Bay is where the highest-priced houses are clustered. Homes in this area attract a 15-20% premium and prices of $1.2-$1.3 million at the top end, says Williams.

Most popular are stand-alone three and four-bedroom homes. Williams says choice is limited because there are no high-rise apartment blocks. “We don’t have the population or land pressure for apartments or terraced housing and the city would also need a better water supply for a courageous developer to take the plunge.”

Rentals are on the same trajectory as houses for sale. There are not nearly enough. Timaru Rentals owner Michelle Kelly, who has 170 houses on her books, says there has been a shortage of rental properties since Covid-19 struck the country.

“While some landlords are selling their rentals, they are being replaced by new investors’ properties. We might lose two but then we pick up two. New investors are coming into the market regularly.”

Kelly says there is not a huge turnover of tenants in the better rentals. “Many are staying put but tenancies at the lower end of the rental spectrum are moving. They are mainly what I would call ‘ratbag’ tenants who look anywhere – particularly for landlords managing their own properties – and who might not do the requisite checks.”

The higher-end rentals are in Gleniti and Highfield. With rents at the high end capped at $500-$550 a week, new builds which might attract the more expensive rents are too hard for investors to make stack up as rentals, says Kelly.

South Canterbury landlords have been proactive in bringing their rentals up to the Healthy Homes standards, making it easier for Kelly who doesn’t have to sell the benefits of meeting the regulations to them. To encourage landlords Kelly has sourced deals for extractor fans, heat pumps and other essentials for upgrades.

For houses meeting the standards, a two-bedroom house will rent on average for between $260-$380 a week, a three- bedroom house for $350-$450 a week, a four-bedroom home for $430 a week upwards to $550, depending on the quality of the property and location.

Kelly says two-bedroom units are “flying out the door” without being advertised. “The properties that are advertised often go at the first viewing. Very occasionally I have to do two to three viewings. People are desperate for a home.”

South Canterbury Property Investors’ Association president Kerry Beveridge says in the past year it has become difficult to find property that has traditionally been a good deal.

“Investors from outside South Canterbury – mainly from Auckland and Christchurch – are now looking at Tīmaru for investment and sometimes buying sight unseen for yield. Recently there were offers on two properties from investors who had not seen them,” says Beveridge. It is also happening in Oamaru.

“There is upward pressure on prices as there is everywhere. For example, a house I bought in 2013 for $157,000 has just been put back on the market for $318,000. It is a leap but in line with what is happening around the rest of the country.”

He says South Canterbury does not have the competition for properties that Wellington and Auckland experience with packed auction rooms. That is not to say there is not a level of competition. Beveridge looked at two properties over two days and each had two offers on them, “They were snapped up quickly.”

Removing mortgage interest tax deductibility and extending the bright-line test to 10 years is going to make it difficult for investors, he says. “It just adds to the already considerable expenses in owning investment property.”

He is working with his accountant to find ways of creating extra income to pay for the tax he won’t be able to claim as a deductible expense. “I am having to look at rent increases to absorb extra costs which I hadn’t planned on doing. The challenge is South Canterbury tenants can’t and don’t want to pay any more than $550 a week at the most.

“Most investors will be in the same boat. Selling property to pay down mortgage debt is also a possibility for many.”

For further investing, Beveridge says new builds might look attractive but when the figures are worked through they don’t stack up as rentals. For the prices paid and rent needed to cover costs, they just don’t work. ■ 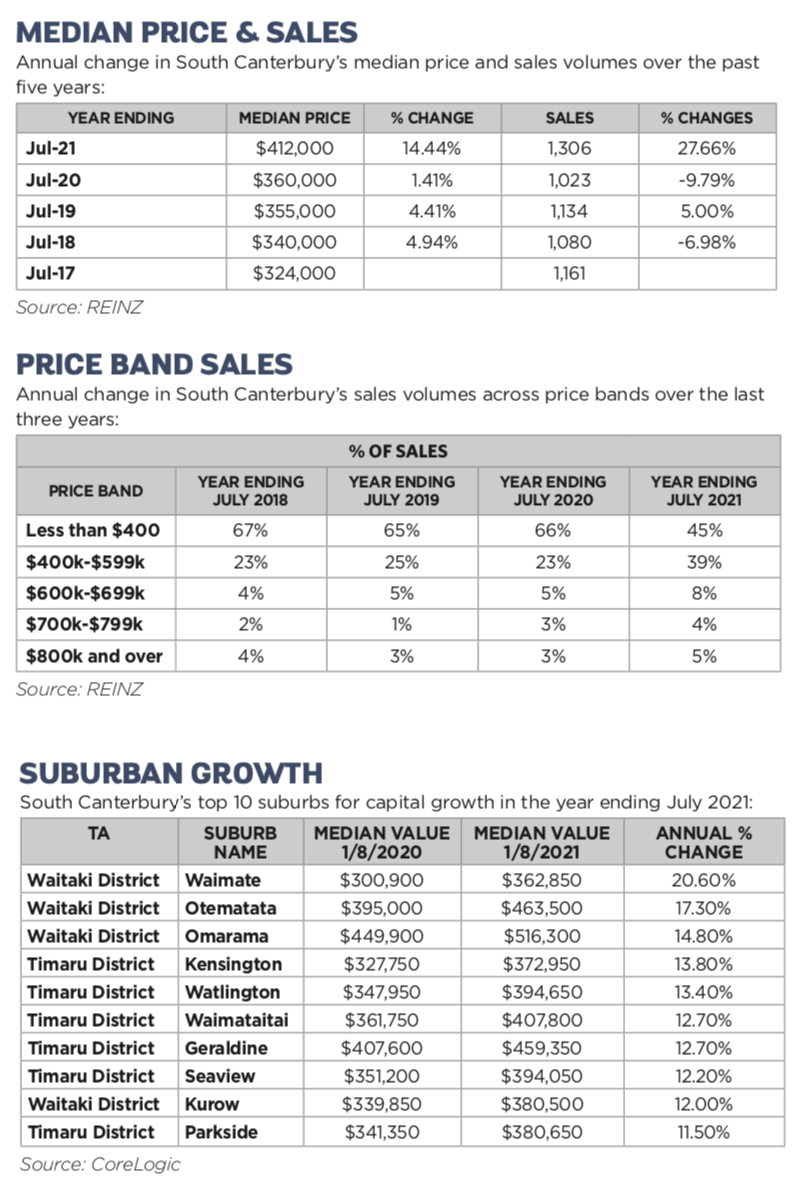