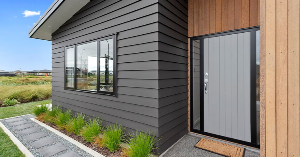 Consents issued In July were up 2.1% contributing to a record 45,119 new houses being consented over 12 months.

Statistics New Zealand figures show in July 4,310 new consents were issued throughout the country, which was up 27% compared to July last year.

This equates to almost $17 billion of new residential construction consented in July.

Auckland continues to account for the bulk of new consents, with more than 19,000 new dwellings consented during the past year.

Westpac senior economist Satish Ranchhod says the particular strength is in Auckland, where rapid home building will help to address shortages that developed over the past decade.

The coming decade will be one of a significant reshaping of Auckland’s housing market, he says.

“For an extended period, building levels failed to keep up with population growth, however, the strong pipeline of work now in train will mean much of the shortages being eroded over the coming years.

“That’s being reinforced by the closure of the borders and related slowdown in population growth.”

The recent dialling up to alert level four is expected to result in some delays – especially in Auckland where stricter restrictions are set to remain in place for longer.

That will be reinforced by ongoing shortages of specialised labour and materials, Ranchhod says.

“However, those factors aren’t expected to derail the strong momentum in the construction sector.

Non-residential building work consented in July was $7.8 billion, up 15% from July a year ago and Ranchhod says there are mixed trends on the commercial construction front.

The storage/industrial segment continues to show strength while demand and building in other sectors continues to adjust in the wake of the pandemic.