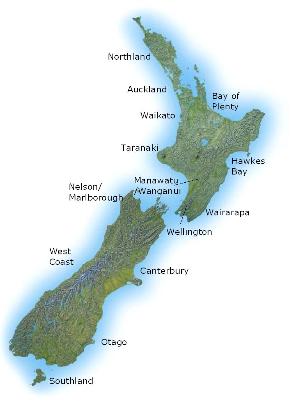 While down from the record high net positive score of 72.8% in March, the June quarter’s rating of 62.5% is significantly ahead of the long-term average of 35.2%.

A net negative score of -15% in the June 2020 survey reflected initial concerns that the impact of the Covid-19 pandemic could result in a significant fall in values.

A majority of respondents in nine of the 13 regions surveyed expected values to fall over the year ahead while values were expected to rise in just two.

Concerns, however, dissipated quickly as value growth accelerated in the second half of the year, supported by a lower interest rate environment.

By December 2020 the outlook for values was heavily skewed towards growth in all regions.

The positive sentiment across the country was again reflected in the June survey. The regions generating the highest net positive scores were Hamilton at 69.2% and Hawke’s Bay at 67.1%.

Both have edged ahead of Tauranga/Mt Maunganui which topped the rankings in both the December 2020 and March 2021 surveys.

Confidence has also remained high across the major centres with Auckland, Wellington and Christchurch all generating net positive scores of between 52% and 58% in the latest survey.

It is increasingly likely increases in interest rates will begin before the end of the year. And investors face additional headwinds following the reintroduction of LVR restrictions and the extension of the bright-line test to 10 years.

Ending of the ability of investors to offset interest on loans used for residential properties as an expense against their income from those properties is also to be phased in over four years.

More recently the Reserve Bank has decided to consult on further tightening of LVR rules, which could be implemented in October 2021, and the possible introduction of debt-to-income restrictions.

The Government has, however, looked to support the development of new housing by skewing demand to the new build sector.

It is proposing for residential properties that the bright-line test be held at five years while interest deductibility allowances will remain.

In all locations, confidence was higher for new build stock – both apartment, terraced and detached housing – than for existing property.

Sentiment within the new terraced and detached housing sector was particularly strong in Auckland and Wellington, generating net positive scores of 63.4% and 63.2% respectively.

Looking to the short-term future, confidence levels are likely to moderate as the impact of the new regulatory backdrop is assessed and value growth slows. Sentiment levels, however, remain well underpinned by the market’s strong performance.

Investor confidence in the commercial and industrial sector across the country hit record highs.

Colliers International’s June quarter investor confidence survey reached a net positive result of 38%, surpassing the previous high of 32% in the final quarter of 2018.

The number holding an optimistic view of prospects for the year ahead stood at 51%, the highest on record.

Correspondingly, the number of pessimists fell to the lowest level since December 2018.

The result is even more remarkable given it comes just 12 months after sentiment had fallen to a net negative rating of -19%.

While overall sentiment is positive, there continues to be a variance in confidence levels across asset classes, the Colliers survey shows.

The overall score is boosted by the extremely positive outlook for the industrial sector which has proved to be the most resilient over the past year.

Despite easing from peak levels reached in March 2021, it continues to generate the highest rating with a net positive score of 63.8%.

But it’s not all about the industrial sector, though. Views on the prospects for the office market have rebounded strongly.

Confidence returned to positive territory in the closing quarter of 2020, but has strengthened significantly, generating a net positive rating of 29.1% in the June quarter.

While the retail sector’s rating, a net positive 3.9%, appears low in comparison, it is a remarkable turnaround in sentiment from June 2020 when its rating stood at a record low of - 67.4%.

The June 2021 figure is the first time a net positive score has been recorded in two-and-a-half years and its highest since late 2017.

The increase in commercial and industrial investor confidence has been reflected across the country with all 13 regions surveyed recording net positive scores for only the third time since the survey began.

Across the three main centres, Wellington led the way with a net positive score of 35.4% only slightly ahead of Christchurch at 31.7%.

From a regional market perspective, Hawke’s Bay generated a net positive score of 61%.

Hamilton slipped to second place overall having topped the regional list in March 2021. Third place went to Nelson with a net positive 54.8%.

Regions with economies heavily dependent upon tourism had sharp declines in confidence ratings during 2020, but have all rebounded.

Queenstown generated a net negative score of -14% in the September 2020 quarter survey and was the only region to register negative sentiment in the March 2021 survey. Rotorua’s net score was -15.7 at the end of 2020.

Both regions, however, have mirrored the national trend with sentiment lifting sharply over recent months.

Queenstown registered a net positive score of 36.5% in June 2021, while confidence was even higher in Rotorua with a rating of 44.8%.

The primary reasons for optimism have been the strong performance of New Zealand’s economy, successful management, until the latest lockdown of the pandemic and the low interest rate environment.

The most cited reasons for caution were the prospect of rising interest rates and the possibility of further lockdowns.

Dibble says it is likely the latest survey results will show optimism at or close to the peak of confidence in this cycle as monetary policy becomes less accommodative.

“With positive property market fundamentals in play though, a moderation in optimism, as opposed to a sharp correction, is the most likely scenario.”