Auckland’s inner-city harbour and outstanding natural beauty contributed to it claiming the title of the world’s most liveable city ... and house prices reflect it. Sally Lindsay writes. 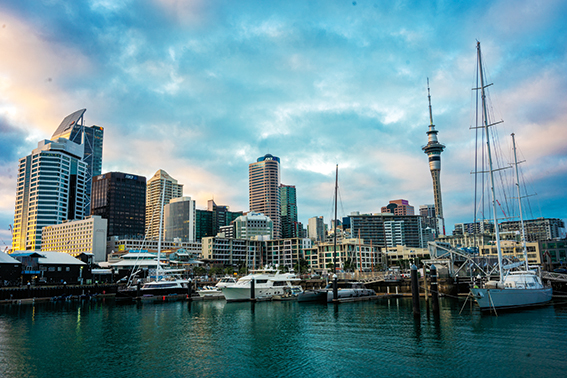 Once the scene of seedy lodging houses and commercial buildings, Auckland’s CBD and inner-city suburbs have become a cultural hotspot and home to the affluent and urbane.

In the 1980s and 1990s inner-city culture was revived. Shop trading and hotel opening hours and gambling laws were freed, encouraging more cafes, restaurants, nightclubs, casinos and entertainment, along with a surge of apartment building in the 2000s.

Sitting just outside the 40,000 CBD apartments are some of the country’s most expensive suburbs, awash with old villas and early Auckland transitional houses, in areas such as Herne Bay where the average house price now stands at $3,158,500, a 16.80% increase in the past year, the latest CoreLogic data reveals.

Bayleys residential director Johnny Sinclair says apartment sales are showing signs of some green shoots after being pummelled by Covid-19. Of the 40,000 apartments in the CBD about 60-70% are owned by investors.

Sinclair says the main problem for apartment investors/landlords a year ago was the overnight disappearance of foreign students, who made up the bulk of small unit renters. “This left investors high and dry, but when the borders open and their numbers rise again, the market will rejuvenate quickly.”

Another jolt for investors was the Government’s decision in March to scrap mortgage interest tax deductibility. “There was a flurry of sales by risk-averse investors and the number of properties on Bayley’s property management book dropped.” He says those investors are now out of the market and apartments under management have stabilised.

“We have not seen an actual drop in prices overall, what we have seen is demand for stock has not kept up with Auckland and the rest of the country. There is some activity but a big difference in the A-grade and B-grade sectors,” says Sinclair.

B-grade stock, such as leasehold, poorly-built and maintained apartments, under-performing apartment body corporates, undesirable locations, poor access and parking are not selling nearly as well as the higher-priced apartments in areas such as the Viaduct, along the city fringe ridges which have good views, Parnell and close to Britomart. Sinclair does point out there are some leasehold apartments in the Viaduct as well.

He says one and two-bedroom apartments are targeted by investors, particularly if they are close to the university or hospital. “This seems to be a sweet spot. Anything bigger than that has to command higher rents and it’s hard to make the investment figures stack up.”

In the central Auckland housing market there is not nearly enough stock to sell. Prices have risen 30% in the past year when buyer activity was high. The market is dominated by owner-occupiers mainly in townhouses or stand-alone properties. Sinclair says average prices range from $1.75 million to $2 million.

“We have buyers in the $8 million range who cannot get anything and they are saying they won’t sell their own properties until they find something else,” says Sinclair. “They are astute and prepared to wait even though they have exhausted what can be done to enhance their property. City fringe sellers who want to move – either for schooling or downsizing – know what they are prepared to pay in Auckland’s most expensive suburbs.”

Despite the travails of the past year and a cold winter so far, Sinclair says central Auckland has moved back to a normal market. “Stock levels are about the same as they were four years ago and buyer activity has been a bit higher.”

APARTMENT OVERLOAD
There are more apartments than renters for the 300 properties Quinovic has on its books in the Viaduct, parts of Herne Bay, Ponsonby and Parnell.

Franchise owner David Graham says investors with city rental apartments have been battered since the first lockdown of the Covid-19 pandemic.

The 3,000 foreign students, who rented inner-city apartments, disappeared overnight and have not returned due to closed borders. And corporate companies, such as Air New Zealand, which took short-term rentals for staff or contractors on three to six month contracts are no longer in the market, compounding the pain for investors.

The big hit tourism numbers took has also affected landlords with short- term rentals. Many have converted their apartments to long-term rentals but at much reduced rents.

“It has been a perfect storm in many ways,” says Graham. Despite the toll for investors, he hasn’t noticed many quitting their investment properties. “Some in the 70 age range have taken the opportunity to sell and put their money elsewhere, but they haven’t been the majority. Most investors know property cycles change.”

Rental rates have taken a 7-15% dive. “Rents were already marginal before the pandemic and suddenly they take a big hit. It has been brutal,” says Graham.

Average rent for a one-bedroom apartment is in the $500 range. For the higher end apartments it is below the $1,000 a week mark, says Graham. Before the pandemic higher end apartments were renting for $1,400- $1,500 a week. “It’s been a 30% drop in rent and anything higher than that is hard to move,” he says.

Quinovic gets only one inquiry a week for typically a high-priced three-bedroom apartment. Before the pandemic it would average four to five inquiries a week.

Apartments from the Viaduct up to the Sky Tower, across to Victoria Park and down to Wynyard Quarter are in the higher price bracket, while properties across the other side of Queen Street to the Pullman Hotel have the lower rents, although the newly built Pacifica on Commerce Street is changing that, says Graham.

Most popular are one-bedroom apartments with a balcony and outlook and a separate lounge with morning or afternoon sun. Maintenance is also starting to become an issue for landlords, says Graham. “If the apartment is not maintained it will be that much harder to rent because tenants have options with so many on the market to choose from.”

RULES TOO TOUGH
When Covid-19 hit the CBD apartment market was hit hard – a lot of property value dropped as rents fell.

Former Auckland Property Investors Association president Andrew Bruce says the market is now starting to recover. “It is very much an investor market as they have tended to be mainly buyers of the smaller apartments. There are still good apartment buys in the $600,000-$700,000 range.

“Investors are now feeling more buoyant about the market than they did a year ago when they had to reduce rents, which had an effect on cashflow.”

Bruce, who has a substantial portfolio of apartments and houses, slashed his rents by about $50 a bedroom. “It was the market telling landlords if they couldn’t find tenants they had to meet the drop in rents.”

He says most investors have different criteria in what they look for in Auckland central apartments. “Some people buy and rent with the intention of moving into the property after 10 years while others look at the returns on small apartments and hold them long-term.”

However, the Healthy Homes legislation, changes in tenancy laws and tax changes have put enormous pressure on private landlords, says Bruce. He, along with other investors, is re-evaluating his portfolio with the intention of investing in commercial. He already owns two motels and says he will probably add another couple.

Like a lot of investors, he has had phenomenal capital growth in his portfolio, but says the new rules, particularly around 90-day notices are going to inhibit landlords’ businesses. “After 25 years as a landlord and hardly ever using the 90-day notice, just recently I have had some unruly tenants and it is difficult to get rid of them. After these experiences I am selling up.”

He says the Government’s decision, although ostensibly it is out for discussion, to remove mortgage interest tax deductibility is the final straw. “The Government has already made its decision and as I have options why would I not take them.”

He is waiting for his mortgages to come due and will then sell apart from one property occupied by a vulnerable tenant who has been there for 13 years. “I want to make sure he is safe.”

Bruce is trying to give his other tenants, where he can, nearly a year’s notice so they can find somewhere suitable. 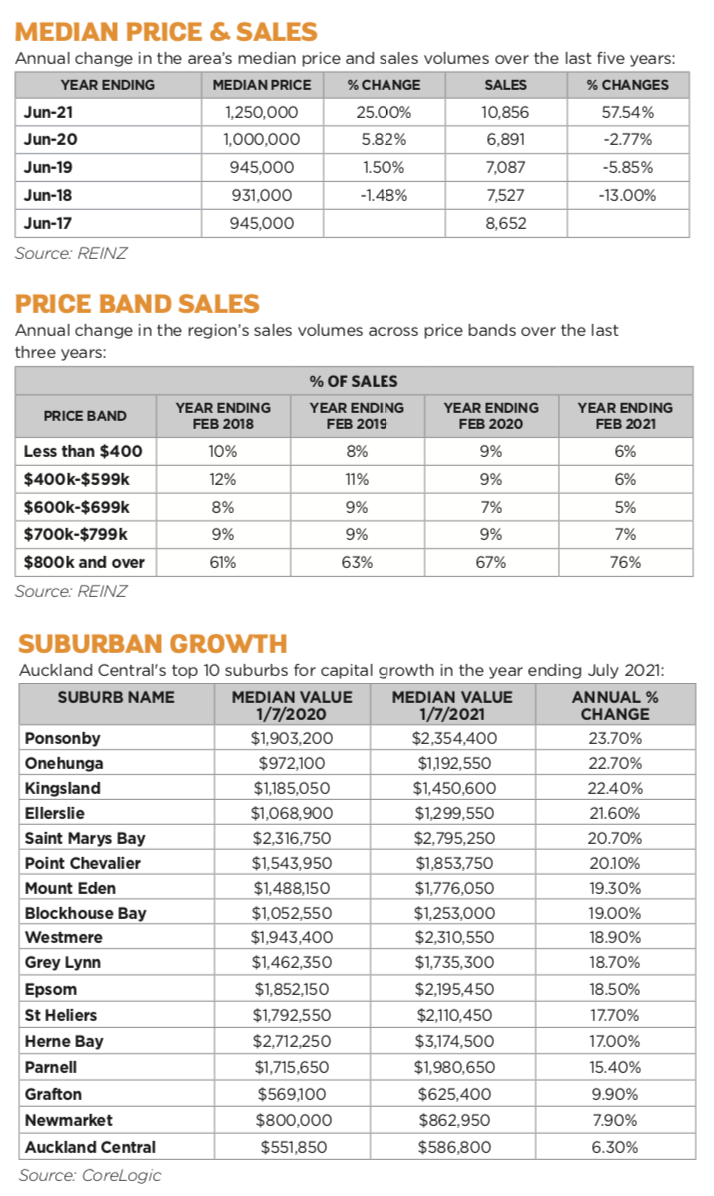 Landlords given latitude over family violence and assaults

There are only just under 20,000 apartments in the Auckland CBD. Not 40,000. The Viaduct has no freehold property. Values in the CBD have dropped and haven't recovered. Rental levels are 10 - 15% down. Values up to the Skytower can't be said to be put in the higher price bracket as it is not that simple. The values also won't bounce back instantly. They will recover but the barriers are bigger than the students not being here.