News > House Prices > Trade-ups out of reach for many

Trade-ups out of reach for many

Investors wanting to trade up from three to four-bedroom properties to attract tenants may have hit a wall.

Across the main centres, the trade-up premium – the gap in value between three and four-bedroom properties – is at least $150,000, and more than $400,000 in central Auckland, CoreLogic’s latest research shows.

What’s more, the gap has generally increased over the past year, with the largest rise of nearly $60,000 coming in Wellington.

This comes as competition for houses is intense, with fewer than 15,000 on the market last month leading to price surges.

The total number of homes for sale dropped 28.9% in May compared to May last year, REINZ data shows. It is the second lowest number of houses for sale since records began.

REINZ acting chief executive Wendy Alexander says median prices haven’t significantly eased as many had hoped would be the case, and things are certainly not getting any more affordable.

CoreLogic chief economist Kelvin Davidson says in other words, it hasn’t got any easier financially to “move up the ladder” and this is likely to have been one reason why many would-be movers have been staying where they are instead of relocating.

In turn, that may have blocked access for some buyers.

The last time CoreLogic looked at the “trade up premium” – defined as the difference in median value between three-bedroom and four-bedroom properties – was in June last year, when the country had just moved back down to alert level one.

“It hasn’t been smooth sailing since then and the oscillating Covid situation, and enforced working from home, has meant there is still a lot of interest in getting an extra bedroom/office space,” says Davidson. 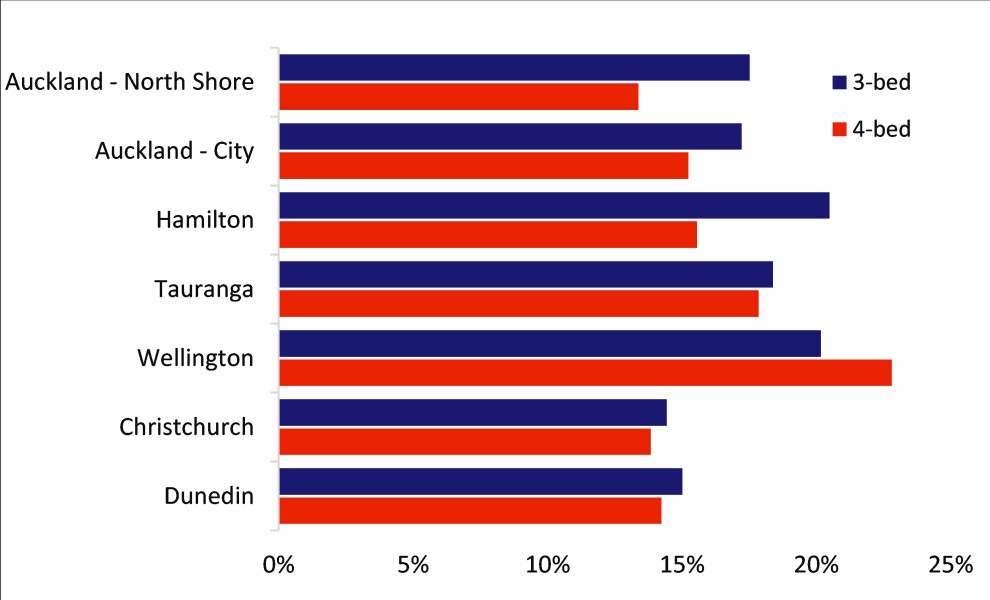 The trade-up premium has changed considerably over the past year. Around the main centres three-bedroom properties have had faster value growth than larger stock.

Only Wellington City has seen four-bedroom properties outperform three bedrooms in terms of median value change over the past year. The strength of growth for three-bedroom houses in Hamilton also stands out.

However, because four-bedroom properties simply have a higher starting point for median values, the dollar change for them has generally been larger – resulting in the trade-up premium increasing, says Davidson.

Tauranga, Christchurch and Dunedin each also saw the trade-up premium rise by at least $15,000 over the past year, making it tougher for those who want to make their next move.

The North Shore has actually had a stable(ish) trade-up premium for the past four to five years, which contrasts strongly to Wellington, for example. 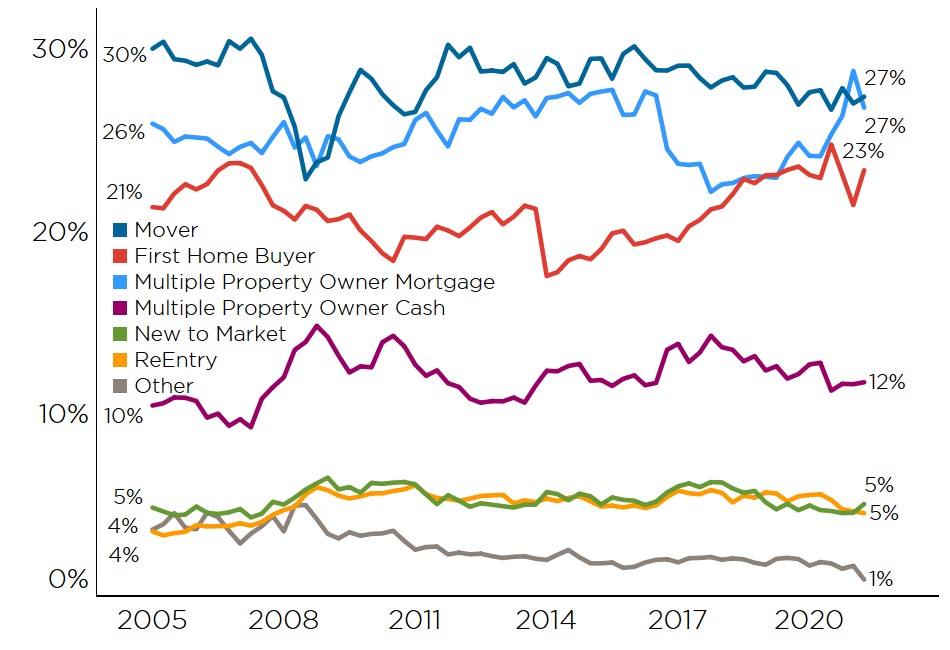 Davidson says in a nutshell, it hasn’t got any easier to trade up over the past year, and that’s one reason why existing investors and owner-occupiers are relatively quiet.

“Many would-be movers are staying where they are rather than relocating – sometimes because the lack of listings means they can’t find their ideal next place, but also because raising the extra funds required to actually upsize/upgrade can be challenging.

“That’s both in terms of ensuring 40% equity for an investor but also having the income to meet debt serviceability tests on a larger mortgage.”