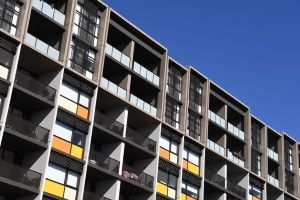 Westpac senior economist Satish Ranchhod had predicted they would drop by about 5%. He says the big fall doesn’t mean the construction sector is losing steam.

His 5% prediction was off the back of January’s figures boosted by a large number of apartment consents, which can swing around by large numbers on a month-to-month basis.

To put last month’s fall in context, Ranchhod says it still leaves monthly consents running at the sort of firm levels prior to the Covid outbreak.

“In annual terms, the consent numbers are still around multi-decade highs.”

He continues to expect high levels of home building activity over the coming year.

“Importantly, with the continued closure of the borders, home building is now well above what’s needed to keep up with population growth. This will go a long way to reduce the housing shortages that have developed in recent years.”

Ranchhod says home building will outpace population growth for some time, even when the borders re-open, as the Government is likely to tighten migration settings over time.

One factor clouding the outlook for residential investment is the Government’s policy changes affecting the tax treatment of rental properties.

“It will be a significant drag on house prices, and that will have a related dampening impact on home building activity,” he says.

“However, it may be modest as new builds remain exempt from the extension to the bright-line test and there are also likely to be some tax advantages over buying an existing property – for instance, the Government may consider allowing interest costs on new builds to be tax deductible for a limited period.”

A weaker outlook for house prices also signals downward pressure on land prices. This has been a major hurdle for many housing developments.

A further potential headwind for building activity over the coming year is growing shortages of framing wood. It’s not clear how long such disruptions could last and Ranchhod says it could mean higher build costs.

It’s a more mixed picture for non-residential construction, with consents running at 27% for industrial and storage space.

Ranchhod says businesses are likely to remain cautious about capital expenditure for some time yet.

“However, investor demand for commercial property has been resilient and the ongoing recovery in the economy is likely to support increases in commercial building activity over the coming year.”