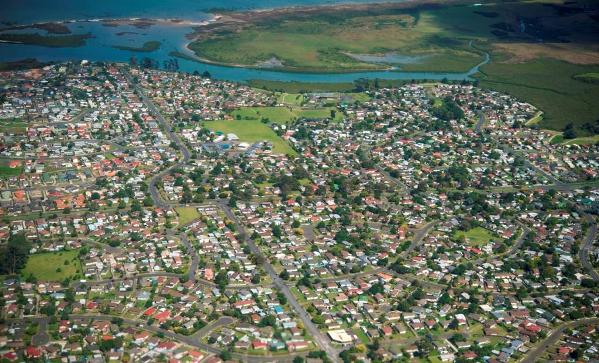 The report says while housing markets globally have weathered the pandemic remarkably well, New Zealand’s market has been exceptional. Boosted by a strong economic recovery so far, and underpinned by the country’s successful health measures in containing the virus and effective fiscal and monetary policy.

Although this housing boom has similarities with the 2000s, when house prices rose for 26 consecutive quarters – maintaining momentum for such an extended period this time appears unlikely, says ANZ chief economist Sharon Zollner.

“Acute housing unaffordability, high debt levels, macro-prudential policy tightening and credit constraints are likely to slow the rate of housing price inflation, although it could take some time for the market to turn. Until that happens, housing affordability and debt levels could become even more stretched.”

The report says the most striking theme underpinning global housing markets during the pandemic has been the large and synchronised unconventional monetary policy measures used by central banks to support economic recoveries and shore up outlooks for unemployment and inflation.

The Reserve Bank used its policies to push the official cash rate down to 0.25%, introduce quantitative easing and a Funding for Lending Programme for banks to bring down mortgage rates.

“This monetary policy has been undeniably effective at stimulating the economy with flow-on effects to consumption, construction and confidence,” says Zollner.

At the same time, other policies have ensured bank funding has been plentiful and encouraged credit flow – further bolstering the housing market.

Fiscal measures, including the wage subsidy and other measures to support affected businesses and workers, have also been particularly potent because of the relatively short lockdowns, the report shows.

The net effect of all these policies has been the avoidance of a vicious feedback loop in which incomes, employment and spending could have plummeted and the housing market been badly affected.

The reverse has happened. In the December quarter, house prices rose by 7%. The strongest pace since Reserve Bank data began in 1992. This has been fuelled by low sale listings, emerging speculators and rising house price expectations.

However, the ANZ says maintaining the housing market boom appears unlikely, even though experience from the 2000s shows momentum in the market can be hard to stop in its tracks, especially when expectations become self-fulfilling and risk aversion reduces.

Zollner says the outlook for the housing market is uncertain and it may be starting to cool already, as sales returned to more normal levels last month. But it is too soon to tell.

“We could see some continued short-term momentum but, over time, fundamental factors like income growth, affordability, weak population growth, strong building, credit constraints and the reintroduction of Reserve Bank loan-to-value (LVR) restrictions will have an effect.”

The Reserve Bank is expecting LVRs to shave one to two percentage points from house price inflation and calm “irrational exuberance”.

Globally, the synchronisation in the housing market cycle across countries may not last either. And the bank says it cannot look to other countries to know what will happen next.

The report says to varying degrees conditions in many economies look set to get worse before they get better. The threat of eventual normalisation of financial conditions is starting to loom large as asset price overvaluations (whether housing or global equities) are looking more extreme.

I am no expert on international real estate but have recently been looking to see if I can figure out how my daughters investment in London she purchased 12 months ago is doing. Despite UK's obvious poor management of C19 and no Jacinda over there, it appeared to me that their market was doing about the same as NZ. As a rental property investor I look at the rent I can get minus the cost of finance. If I am collecting about 1 or 2% more than what it is costing me then I can afford the buy. (my margin for error like tenant defaults or big unexpected maintenance bills) 12 months ago my daughter paid 1.8% interest when I was paying 3.5%. Today in UK you can get 1.2% when our is 2.25%. I ask you what will prices do when interest rates here are 1.2%. I do not need a degree in economics or a high paid high profile job in a bank to figure that out.