Investors looking to pivot out of direct ownership while still maintaining a strong property portfolio managed by a hands-on team of directors may have found the light at the end of their tunnel with ... MORE » 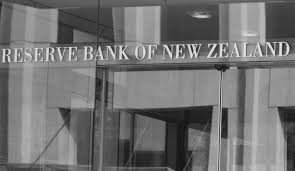 In an announcement this morning, the Reserve Bank said it would begin a consultation next month about re-instating LVR restrictions on high-risk lending.

LVR restrictions were scrapped in May for one year, yet the RBNZ appears to be performing a U-turn, amid record growth in house prices.

If LVRs return, they would kick in again from March 1, 2021, the central bank said.

The restrictions were removed in the wake of the pandemic to stimulate lending and help borrowers who deferred mortgage payments and accumulated extra interest on their loans.

The RBNZ said a rise in "higher-risk investor lending" prompted its decision.

It is unclear whether LVRs will return just for investors.

RBNZ deputy governor Geoff Bascand said "circumstances in the lending market have since improved and we are now observing rapid growth in higher-risk investor lending. We will consult about re-instating the restrictions we had in place pre-Covid, which limited the amount of high-risk lending that banks could make."

The RBNZ will reveal more about the consultation when it publishes its latest Financial Stability Report later this month.

Westpac economist Dominick Stephens said: "We interpret this combination of announcements as the RBNZ starting to address the widespread concern that its low interest rate policy is boosting house prices more than other parts of the economy."