International interest in Auckland property has increased recently and that could have helped the region’s average asking price hit a record high in Realestate.co.nz’s latest data. 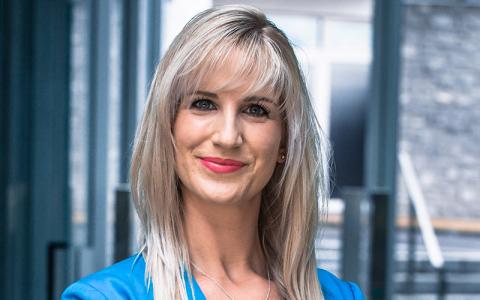 The average asking price in New Zealand’s largest city came in at $1,015,383 in October, which was an 8.4% increase on October 2019, according to the real estate website.

Auckland also saw a significant – 36.8% - increase in new listings coming onto the market. However, demand swallowed that up and the region’s total stock was down by 6.3% year-on-year.

Realestate.co.nz spokesperson Vanessa Taylor says they have seen a lot of international interest in Auckland recently and this could be pushing up prices and encouraging property owners to sell.

International traffic to the website has been up since April, with the majority of overseas property seekers looking in Auckland, she says.

“User data shows that, behind Aucklanders, there were more people from England and New South Wales looking at property in the Auckland region than New Zealanders in other parts of the country last month.

“It looks like our counterparts in Australia and the UK have their eyes set on Auckland property.”

While New Zealand’s foreign buyer ban means that most people who don’t hold New Zealand citizenship or a resident visa are not able to buy residential property, Australians and Singaporeans are exempt.

And Stats NZ’s latest home transfer data shows there has been a small increase in the proportion of sales to non-New Zealand citizens or residents recently.

But it’s not just Auckland that is booming in Realestate.co.nz’s data.

Besides Auckland, those regions were Waikato, Bay of Plenty, Hawke’s Bay, Wairarapa, and Manawatu/Whanganui.

Taylor says that average asking prices were up year-on-year in all but one region in October, but record highs are always good news for those in the market to sell.

“With stock down nationally and in every region, these prices indicate that demand is outstripping supply.”

Realestate.co.nz’s October data makes it clear that housing stock levels remain low – and that there’s no signs of that letting up.

Further, a number of regions hit record stock lows in October. They were Northland, Waikato, Bay of Plenty, Southland, Coromandel and Marlborough.

Vanessa says low stock levels are a long-term trend in New Zealand, but it will be interesting to see the impact of Kiwis returning home on stock levels.

“As Covid-19 spreads, record numbers of Kiwis are returning to and staying in New Zealand… We can expect this to have an impact on the total number of homes available for sale around the country.

“Anecdotally, real estate agents nationwide are telling us that many Kiwis are even buying property sight-unseen from overseas or in quarantine.”

However, if the increase in new listings continues, this could impact on asking prices, she adds.

“Typically, we see an increase in Kiwis looking to sell during the summer months with a drop off over the busy Christmas season.

“However, the impact of the nationwide lockdown earlier this year and the changes that many Kiwis are experiencing as a result of Covid-19 mean it is anyone’s guess when new listings will peak this season.”.