Despite fears of an overheated housing market, Westpac economists believe the Reserve Bank will still need to lower the official cash rate next year. 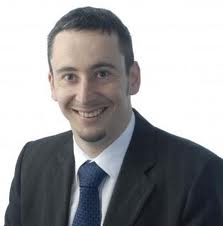 In their latest weekly report, the economists, led by Dominick Stephens, say the Reserve Bank will need to take further action due to a low inflation outlook.

The view comes despite record growth in the housing market, fuelled by Reserve Bank monetary policy since the pandemic.

The house price surge has sparked fears that the central bank could over-inflate asset prices in New Zealand with more rate cuts.

Westpac's economists admitted the housing market developments "call into question how much monetary stimulus the Reserve Bank really needs to deliver in order to meet its inflation and employment goals".

"Indeed, there have been questions around whether the RBNZ has already overcooked it," they added.

The economists said the buoyant housing market was "a mark" against a further OCR cut. But they believe the central bank remains likely to pursue a negative OCR next year.

The team said lower rates were necessary to prevent deflation taking hold, and would prompt people to spend rather than save following the economic shock.

"Given the scale of the Covid shock, the level of interest rates required to balance inflation (and by extension balance savings and loans) is much lower than most New Zealanders are used to," the group said.

Something’s gotta give on prices