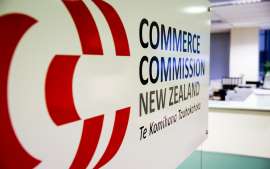 A number of different online groups and pages for New Zealand property investors exist and – despite the hostility of some to rental property owners – they are only growing in popularity.

These groups are meant to be for investors to discuss property investment and management issues with like-minded people.

But, as in any online forum, sometimes the discussions around topical issues can get heated and comments can go too far.

It seems this may have been the case in recent discussions about rents, where there were some online posts asking what others planned to do once the Government’s rent increase freeze comes to an end on 26 September.

This might not seem particularly controversial but it prompted a complaint to the Commerce Commission which, in turn, was concerned enough to write to investor group representatives to alert them to their concerns.

That’s because the discussion included comments suggesting that the whole group could band together to increase rents – and, if any such attempt was to occur, that could constitute price fixing.

Under section 30 of the Commerce Act 1986 agreements between competitors to fix the prices of goods or services are prohibited.

A Commerce Commission spokesperson says that property investors can be in competition with each other for the supply of rental properties and can be carrying on a business in trade.

“Property investors should make independent pricing decisions about rent and rent increases to avoid breaching the cartel prohibition in the Act.

“Cartels deprive consumers and other businesses of a fair deal. A cartel is where two or more businesses agree not to compete with each other.

“This conduct can take many forms, including price fixing, dividing up markets, rigging bids or restricting output of goods and services.”

Sound serious? It certainly could be. The penalties for cartel conduct are up to $500,000 for an individual and up to either $10 million, or three times the commercial gain, or 10% of turnover per year for businesses.

Further, from April 2021 cartel conduct will be a criminal offence, punishable by a jail term of up to seven years.

The Commission spokesperson says they did not open a formal investigation or issue warnings to the parties concerned under the Commerce Act.

“But we chose to alert industry representatives to the risks of this sort of conduct to increase awareness amongst property investors that they are subject to the Commerce Act.”

The Commerce Commission letter came as a shock completely out of the blue to Nick Gentle, who is an administrator of one of the online groups for investors.

He says that while the discussion and rhetoric in the group he administers can get very heated, especially in response to Government policies perceived to disadvantage investors, he didn’t think anyone would seriously collude against tenants.

“Such comments tend to come from a tiny minority, one or two people in a group of nearly 40,000, and are usually quickly shouted down.”

None the less, the Commission were prompted to look into it and, although they concluded there wasn’t sufficient evidence to indicate it was a deliberate attempt to price-fix, they got in touch to ask us to be careful, he says.

“I had a quick chat with them and groups of businesses discussing what prices (rents) to set is pretty much a no-no.

“They recommend doing your own research, which in this case would mean tenancy services rent data, a listing site like TradeMe, or a property manager.”

For that reason, Gentle has told his group’s members that posts which ask what rent you should set for a particular property and/or suggest a rent movement in response to something won’t be allowed.

Administrator post approval had been turned on since the advent of Covid-19 and that will now be kept on – but the administrators can’t approve comments on posts, although they can (and do) remove them (if notified).

Gentle says they are now asking members that if they see something along those lines as a reply that they use the report feature. “It’s frustrating because the group is for the purpose of helping one another, but that is how the law works.”

NZ Property Investors Federation Sharon Cullwick says they also got a letter from the Commission.

She has talked to them and, while there doesn’t seem to be a problem with the advice they provide to their members, they hope to meet with the Commission to double-check they are following the rules correctly.

The situation brings to mind the case of Auckland property investor coaching company, Ronovation Limited. That company was fined $400,000 in 2019 after it admitted to price-fixing in Auckland’s residential real estate market.

However, Cullwick says that was a very different situation, while the Commerce Commission spokesperson emphasises the alert letter they have sent out on the current issue is different to the approach they took in the Ronovation Limited case.

A better precedent would be a 2017 situation involving the plumbing industry and Twitter.

“We reminded that association and its members of the need to avoid anti-competitive behaviour that might breach the Commerce Act when taking part in association activities.”