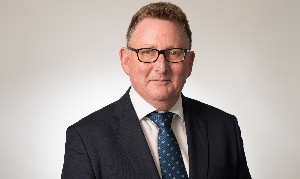 In a media briefing this afternoon, Orr confirmed the RBNZ, Government, and retail banks have "agreed to extend" the deferral programme, which allows customers to defer principle or principle and interest repayments due to hardship.

The details of the extension have not been finalised, Orr said.

"We are hoping to have this finalised by some time early next week," he added. "I don't want to encourage people to ring up their banks because the banks do not have the details," Orr said. "They also don't have the capacity or capability to deal with this at the moment," he added.

Orr said it would give banks and customers "more time to work through what needs to be done".

The governor believes actions to push down interest rates have been effective during the crisis, but says the central bank would watch retail banks' lending criteria "incredibly closely".

The Reserve Bank has primarily used its quantitative easing programme, printing money, to push down interest rates since the pandemic, keeping the official cash rate at 0.25% today.

The QE programme was boosted to a cap of $100 billion today, and the RBNZ views the method as the most effective way of lowering mortgage and business rates.

Orr, in a media conference this afternoon, said he was "confident" monetary policy was working, but would be watching risk appetite and credit criteria "incredibly closely". "That is going be an ongoing story," the governor added.

Orr said the RBNZ "can't force people to lend", but it wanted to "facilitate lending at the lowest level possible". "But the lending decisions are going to sit with those individuals," he said.

Absolutely clueless RB governor doing all he can to keep the value of his property portfolio protected.