News > Property > How elections impact on the market 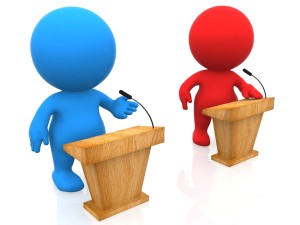 Conventional wisdom has it that the hoopla and uncertainty surrounding general elections tends to influence property market activity in the months surrounding the election.

But Colliers International’s latest monthly research report, which looks into the theory, finds that’s not usually the case.

The report analyses sales activity and confidence surveys coinciding with the six elections since 2000 to showcase what impacts the campaign could have upon the property sector.

Colliers associate director of research Ian Little says the analysis found residential sales activity around elections has generally varied little from prior trends - except when a significant government property-related policy was in the limelight.

“In 2014, Labour promoted a Capital Gains Tax and restrictions on the ability of overseas entities to purchase residential property.

“These policies contrasted with National’s, which were viewed as supporting the status quo. This divergence saw a slowing of sales prior to the election date and a surge following it when the emergence of a National government removed uncertainty in outcomes.”

Market dynamics during other campaigns post-2000 have been influenced more significantly by regulatory, economic, financial and demographic drivers like LVRs, interest rates, access to finance, migration and the availability of housing, Little says.

“It is interesting to note that the recent removal of LVR restrictions and a further reduction in interest rates have resulted in investors and first home buyers lifting their share of mortgage lending, despite the current economic backdrop.”

The analysis also revealed that the prospect of potential changes to housing policy will, in most cases, influence the residential investor sector to a greater extent than owner-occupiers.

For example, total mortgage lending to investors increased from $1.167 billion in August 2014, a month prior to the election, to $1.421 billion in October, an increase of 21%. The uplift for first home buyers and other types of owner-occupiers was just 8.6%.

This all means this year’s election could have a major influence on property sector sales activity - if there are policy announcements which indicate a move towards any “restrictive” legislation.

But Little says the lack of “restrictive” housing policies and regulatory changes that have been announced to date lead them to believe that we can expect little influence from election 2020 on residential market activity.

“This suggests that economic, financial and demographic drivers will be key considerations for residential sales activity over the remainder of 2020.

“As of early August, lending and sales activity were extremely buoyant, defying many economic forecasts of more subdued activity.”

Colliers also analysed commercial and industrial property sales activity coinciding with the six elections since 2000. Little divergence in purchasing trends was revealed but there was some indication that sentiment was affected.

But Colliers research analyst Adrian Goh says the influence of election campaigns on commercial property investment is typically secondary to the general economic and financial backdrop.