Rental Warrants of Fitness. Licensing for landlords and property managers. They are ideas long held dear by the Green Party and, sure enough, they both feature in the Green’s new housing policy. 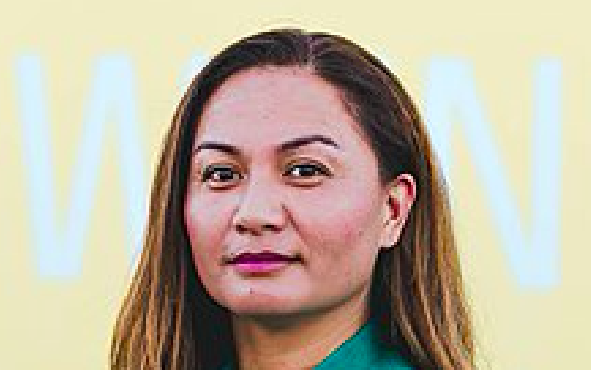 Green Party co-leader Marama Davidson launched the party’s “Homes For All” policy on Sunday and it features some ambitious goals, most of which revolve around social housing.

One goal is to deliver enough affordable rental homes to clear the social housing waiting list, which currently numbers 18,000 people, within five years.

Another is to stimulate a sustainable non-profit rental sector by offering Crown financial guarantees for community providers to build new rental properties.

It also wants to remove funding and regulatory barriers to encourage community housing projects and overhaul the building code.

Additionally, the Greens say they want to “make renting fairer” by requiring landlords to be registered with the Ministry of Housing & Urban Development and by extending the current regulatory framework for real estate agents to include property managers.

They also want to introduce a Warrant of Fitness (WOF) for rental properties as an enforcement mechanism. This would require all rental properties to be independently assessed for compliance with the Healthy Homes Standards.

Davidson says successive Governments have sold off too much social and community housing, while letting the homes they do have fall into disrepair.

“They’ve also allowed speculators to over-invest in property, pushing up house prices and leaving too many families struggling with the high cost of rent.”

Housing is a human right and the Green’s plan is a blueprint to ensure everyone is in a warm, dry home, whether they rent or own, she says.

For landlords, the Green’s new policies come as no surprise. The Party has long advocated for rental WOFs and greater regulation of landlords and property managers.

But there’s a growing consensus that the latest announcements are further evidence the Green Party does not believe there is room for private landlords in the rental property sector.

That’s because they come hot on the heels of Davidson’s speech during the debate on the Residential Tenancies Amendment Bill last week, during which she said the reforms “will incentivise property owners to move out of owning property for rental purposes”.

Auckland Property Investors Association president Andrew Bruce says it seems the end goal of the Greens is to push private landlords out of the market, yet reasonable landlords do want to provide a safe and decent level of accommodation to their tenants.

“As soon as you start bringing further rules [like WOFs] in though, people start getting overly officious about how they are interpreted – and that will drive private landlords, who are already trying to get their heads around the Healthy Home Standards, out.”

To Bruce, it begs the question of whether the long-term implications of some of the policies being put forward have been thought through.

He cites some of his properties which he has upgraded fully to the standards now required as examples. The upgrades meant he had to raise the rent on the properties and the tenants he had ended up moving out and into social housing.

“It makes you think – are these things, which sound good on the surface, actually being done with any foresight into what might happen as a result, or is it more important to get a good short-term soundbite?”

Requiring landlords to register and introducing a rental WOF will just create further expenses for landlords and that will end up increasing costs for tenants, she says.

“That’s not the right thing to do in a housing crisis. It will only serve to decrease supply at a time when more supply is needed.”

Cullwick also says that good landlords support policies like the Healthy Homes minimum standards, which make rental housing better for tenants, and are working to meet the requirements.

“Rental properties that are far from up to scratch and need lots of work will slowly drop off the market but the Green’s latest proposals won’t help the current situation.”

Alongside the recent passing of the Government’s tenancy law reforms, they would just drive business to property management companies, he says.

“I’m a landlord but I use a property management company to manage my properties because I would rather pass all the issues, and compliance considerations, involved on to someone else.

As such, he thinks the regulation of property managers is long overdue and will benefit those who are carrying out the business well.

But, like both Bruce and Cullwick, he questions whether the Green Party – which he says fails to differentiate between speculators and investors - wants private landlords to exist at all.

“It seems that they want the state alone to be landlords, but there are all sorts of practical restraints on that. And, furthermore, all the costs would fall on taxpayers. It’s not possible to keep maxing that out like a credit card.”

Read the Green Party’s “Homes For All” policy here.

The only reason regulations are needed is because there is a shortage of rental properties. If tenants had alternatives bad landlords wouldn't get or keep tenants and sub-standard properties wouldn't get rented! I actually don't have a major problem with a property WOF, although it should apply to all properties, not just rentals. Nor do I object to licensing but if the cost of these requirements fall on landlords they will have to lead to rental increases. Perhaps the cost of enforcing these requirements should be met by Government. That would help keep rents down while ensuring good home standards are maintained. None of these requirements are as bad as removing the 90 day notice without reason rule, in my opinion!

Isn't it interesting that all the proposals for a 'warm dry healthy home for everyone' always omit any mention at all of two thirds of the country's housing - owner-occupiers. The Greens perpetuate the usual confusion between Speculators and Investors. Speculators buy and sell, and seldom rent out properties. Investors seldom sell but rent out their properties. So to say Speculators cause high rents is erroneous. As far as I can see, the Greens idea is that everyone should be subsidized. Not sure how that can work.

Next they'll be wanting to get rid of incandescent light bulbs and generous shower roses.

The Green party used to be about protecting the environment. They seem to be rebranding in demonstrating the only thing they're Green in is their knowledge economics. As pm donc quite rightly pointed out there's a clear shortage in rental stock. If there was a surplus the power would be in the renters hands selecting the properties and managers they'd like at a fair price. Green's seem to be absolute hell-bent on trying to drive down demand from landlords for acquiring properties, thinking that the lack of demand would ultimately drop the price. Problem is, unless you are chasing people out of the country, the demand for housing is more or less going to stay the same, people need somewhere to live. The real kicker is this next bit. Marama said in her speech in support of this bill she'd like to see investment move away from property. Imagine that, actually recommending a cut to supply. Strain on supply, higher demand due to increasing population, people requiring more rooms for home offices despite, less stock on the market due to it being ineconomic to have the house as a rental due to the requirements to meet HH or commit to a tenant you can't remove. Rents for high quality rental stock are only going to go one way and that is not down. Greater yields, greater demand for housing as an investment. "Green" Party.