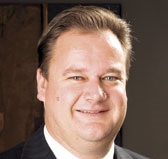 It seems the Auckland market is not being held back by the uncertainties created by Covid-19 related economic concerns or by the looming General Election.

The agency’s managing director, Peter Thompson, says this is a level of sales normally only seen at the height of the summer sales season.

Further, it was the highest number of properties they have sold in a July since 2015 and was only one property less than they sold in March, which was prior to the on-set of Covid-19.

Thompson says that while anecdotal market information suggested that July trading was going to be strong, the extent of activity will have caught most forecasters by surprise.

But buyers put aside any apprehensions they may have about future market values and committed, he says.

“Demand was so strong that you have to go back to the height of the last property sales cycle to see turnover and values of equivalent levels.

“Normally as we approach a General Election the market goes a little quiet as buyers take a ‘wait and see’ approach, but even this event is not holding back activity.”

The average sales price in July was $979,189, which was the second highest on record. It was 2.7% up on the average price for last month and 6.5% ahead of that for July last year.

Thompson says that sales numbers were strong across all price categories, with sales of homes for under $500,000 accounting for 9.9% of all sales and those for between $1 million and $2 million accounting for 34.6%.

“A factor contributing to the high number of sales was the level of new listings, which at 1,518 were close to a third higher than at the same time last year, and the highest in a July for five years.

“At month end we had 3,873 listings on our books. Although this is down 3.2% on those for the previous month they are in line with where listings were at the same time last year and gives buyers a reasonable choice.”

However, commentators continue to warn that although the housing market might be performing strongly at this point, the impending end to the Government’s wage subsidies and the banks’ mortgage “holidays” in a couple of months might change the situation.