Restrictive planning regulations have long been cited as a major contributor to New Zealand’s housing shortage – but new rules mean Councils will have to loosen up their rules in a bid to boost supply. 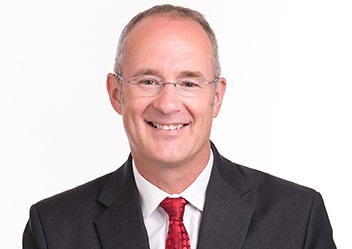 NPS-UP directs councils – particularly in the five high growth centres of Auckland, Hamilton, Tauranga, Wellington, and Christchurch – to free up their planning rules while focusing on well-functioning neighbourhoods and communities.

It sets stronger, more prescriptive density requirements for “tier one” urban areas which include the five cities listed above.

It also removes the requirement for developments to provide car parking for residents: developers can now choose to do what best suits the area.

This will allow space to be more appropriately allocated to other uses and drive down the cost of housing, particularly in higher density areas.

Twyford said poor quality and restrictive planning has stopped New Zealand’s cities and communities from growing up and out.

“It has driven up the price of land and housing and been a big driver behind the housing crisis.

“When overly restrictive planning creates an artificial scarcity of land on the outskirts of our cities, or floor space because of density limits in our city centres, house prices are driven up and people are denied housing options.”

He says the new approach to planning through the NPS-UD will allow better connections to transport and other amenities so New Zealand’s cities can flourish and better support their residents.

However, property development representatives are warning that the NPS-UD – although welcome - will not solve the housing crisis overnight.

“If the Government is serious about building our way out of crisis and ensuring New Zealander’s a future of well-planned, fit-for-purpose infrastructure, then the politicians will need to come together and focus on what is best for our communities and cities.

“Such collaboration will allow the sector to move beyond the never-ending cycle of sole planning stages and into the implementation and delivery of developments that shape cities and enable communities to thrive.”

She says that, in practical terms, the NPS-UD will mean that although there may be an ability (from a planning perspective) to intensify cities, the developer would only do so if the numbers stacked up.

“The market will dictate this feasibility…But clear planning provides certainty for future development and builds confidence in the sector.”

The NPS-UD replaces the National Policy Statement on Urban Development Capacity, which was introduced in 2016. It will come into effect on August 20, but Councils will have some leeway to introduce the changes.

It is part of a suite of Government policies around urban development, which includes the Urban Development Bill which passed its third reading in Parliament this week. The NPS-UD can be read here.