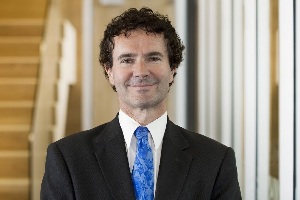 However, Alexander believes there could be good news on the way for borrowers, with increased competition in the home loan market, and possible cuts in one and two year rates in Spring.

The independent economist's latest survey of the property valuer market reveals volumes of enquiries for house valuations have risen by 50% in July.

The data backs up strong REINZ figures, which revealed a stronger-than-expected property market in June.

"Enquiries for valuations to support the refinancing with a new lender of a currently mortgaged residential property have increased," Alexander said. "But they have decreased for commercial property.

"This makes sense in that there is no evidence to date of any large decreases in residential property values, listings remain in short supply, and there is plentiful evidence of many buyers in the marketplace."

Yet servicing continues to hamper the borrowing market, despite record-low rates and banks pushing out more attractive headline rates.

Advisers say there is a greater disparity between the real rate and the test rate, which is as high as 7% at some major lenders.

Advisers welcomed the move, but say banks need to do more to lower their servicing tests, so customers can access financing.