News > Opinion > COMMENT: Are Airbnb hosts in breach of the RTA?

Landlords could be using short term booking sites like Airbnb in an attempt to contract out of the Residential Tenancies Act, but by doing so they are exposing themselves to substantial risk and possible rent refunds, writes property management consultant David Faulkner. 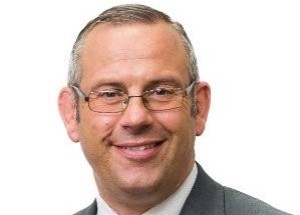 We became aware of the situation on a recent consultancy visit to Christchurch. A business development manager highlighted that she noticed properties she had recently appraised for owners relisted on Airbnb.

Prior to the lockdown, these properties were used solely for short-term stays but instead of being used for one or two nights, they are being occupied for long term stays.

She explained that she had dealt with a steady flow of enquires from Airbnb hosts as bookings for short term stays had predictably reduced following the Covid-19 pandemic. No surprises there.

However, what became a sticking point to switching to the long-term rental market for many of these hosts was the work that they would have to undertake on their properties to comply with Healthy Homes standards.

These standards become compulsory for new or varied tenancies from the 1st of July 2021.

On following up with hosts after appraising the properties, she discovered that they were back on Airbnb but being used for longer-term stays.

By doing this, they are potentially contracting out of the Residential Tenancies Act (RTA) and exposing themselves to significant exemplary damages and even refunds in rent.

It comes as no surprise that Airbnb has been dealt a monumental blow since the global pandemic brought travel to a grounding halt.

In a recent interview with CNBC, Airbnb CEO Brian Chesky admitted that they almost lost everything in a period of four to six weeks following the pandemic.

Chesky went on to say that there was a greater focus on long term stays with approximately one-fifth of all the Airbnb bookings now being for stays greater than one month.

In terms of New Zealand, this could mean that hosts are breaching multiple sections of the RTA and, in many cases, they are probably oblivious to the fact that they are doing so.

Looking at what properties are available on Airbnb, there are currently over 300 properties available for stays exceeding one month in New Zealand.

The question is, how do these properties potentially breach the RTA?

There are lots of ways. The first thing that we have to establish is whether a long-term stay on Airbnb falls under the RTA.

In this scenario, we have to look at what types of tenancies fall outside the boundaries of the RTA and then decide whether a property being advertised for stay’s in excess of one month fall into this category.

Section 5 of the RTA looks at what types of tenancies are excluded in certain cases. Because of this section, hosts may find themselves becoming liable under the Act without even realising it. Under section 5(1)(k) the RTA shall not apply to premises where the premises;

By staying in accommodation for a period longer than 28 days, the occupant, therefore, could become a tenant and RTA applies.

However, under the same section, 5(1)(m) states that the RTA shall not apply where the premises are let for the tenant’s holiday purposes. With this, there becomes a lack of clarity as to whether the RTA applies.

Let’s look at an example as to how problems can arise. The guest books a long term stay through Airbnb for a period of 60 days as they are working away from their home.

This will become the guests principal place of residence for that period of time. In a situation like this, section 7 of the RTA applies as it becomes a short fixed-term tenancy. As the stay relates to work the RTA looks like it will apply to the tenancy.

However, if the occupant is taking a two-month holiday, then they could argue that they are potentially outside the legislation and the RTA does not apply.

If the RTA does actually come into effect, then there is a raft of potential breaches. Below is a list of some of the potential breaches along with the consequences that the host may find they are liable for.
Bear in mind, this list will grow when the Residential Tenancies Amendment Bill passes and becomes law.

Section 13A; Content of a Tenancy Agreement. By booking on Airbnb, there will be an agreement in place but this agreement will need to have all types of information in place including insurance details of the property and healthy homes statements that accurately show the level of compliance. Fail to provide this and host may have to pay exemplary damages of up to $500.

Section 17A; Requiring letting fee prohibited. When booking on Airbnb, the guest pays a service fee. If the RTA does apply then the host is breaching this section. Exemplary damages of up to $1,000.

Section 18A; Landlord must not require security other than a permitted bond. Airbnb states that you may have to pay a cleaning fee or security bond when booking a property. This is a breach of the RTA as you cannot obtain any security other than that of a bond and this has to be paid to Tenancy Services within 23 working days. Exemplary damages of up to $1,000.

Section 23; Rent in advance. Under the Act, you can only collect up to two weeks rent in advance from the tenant. With Airbnb, it outlines the full cost which is payable at the time of the booking. By collecting rent of more than two weeks in advance, the host is breaching section 23 which has maximum exemplary damages of $1,000.

Section 45; Landlord’s responsibilities. There is the potential for multiple breaches of this section. Are the premises complying with building regulations? Is it being rented as a separate dwelling? Do the premises comply with new Healthy Homes standards and does it have adequate insulation? Maximum exemplary damages for this section is up to $4,000.

Section 49D; Unlawful acts related to liability. If the occupant damages the premises, the host cannot hold the occupant liable for the cost of damages which equates to more than four weeks rent or the excess of the insurance, whatever is less. If the host does try to invoice the occupant more than this, then they are again breaching this section. Exemplary damages up to $1,000.

Section 137; Prohibited transactions. By contracting out of the RTA, the host is exposing themselves to breaches of this section and this has exemplary damages of up to $1,000.

But it could get worse. If a host found themselves in Tenancy Tribunal and the adjudicator then decided that the RTA did apply. They may be forced to reimburse whole or part of the rent to the occupant as the premises may be declared as an unlawful residential dwelling.

adjudicator could also issue work orders to make the premises lawful such as compliance with Healthy Homes, forcing the host to get work undertaken if they continue to rent out the property long-term. Failing the comply with a work order could result in further exemplary damages of up to $4,000.

Also, hosts have to be aware that when the Residential Tenancies Amendment Bill passes, which will probably be before the election, there will be more potential breaches and greater exemplary damages in place. Breach landlord’s responsibilities will increase from $4,000 to $7,200 as the bill stands at the moment.

As you can see, failing to comply can come with a pretty hefty price tag.

In reading the RTA, if the premises are your principal residence and you are staying there for 28 days or more and you are not on holiday, the RTA will apply.

Some landlords will be oblivious to this. However, I am in no doubt that there will be landlords who are fully aware of their obligations and responsibilities.

By choosing Airbnb as a platform to lease their property long-term, they are choosing to try and contract out and avoid the RTA. The reality is, you simply cannot avoid your obligations.

Section 11 of the RTA states that any provisions or arrangement entered into in respect of a tenancy to which the RTA applies and is inconsistent with the RTA shall have no effect.

Some landlords will feel that they may have found a loophole that they can use, but that loophole simply does not exist.

When looking at Airbnb, there are over 300 properties that are available for month-long stays. Many of which directly market themselves to business travellers and by doing so, the RTA appears to apply to each of these properties.

There are challenging times ahead for Airbnb itself as the company now faces an uncertain future. It will have to adapt and look at new revenue streams – such as the long-term rental model – to survive.

But, in the meantime, if you are an Airbnb host weighing up options as to whether you will go to the long-term rental market, in my opinion, you have two simple choices: Make your property compliant with the RTA or sell. Failing to comply could be an extremely costly exercise.

One cannot contract out of statute. Landlord 101

Interesting... so is the NZ Govt in breach of the RTA in placing thousands of homeless and other emergency housing recipients into motels or are the individual motels potentially in breach?