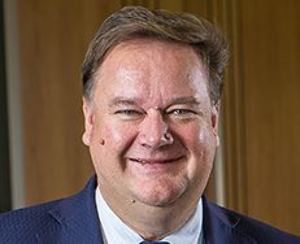 The agency’s managing director, Peter Thompson, says the sales numbers do not show the full picture as they are for unconditional and commission paid sales only.

“The pipeline of conditional and non-commission paid sales from May is strong, and these sales will show up in June’s results.”

However, while sales were down, prices showed only minimal change and new listings seemed to be recovering.

Thompson describes prices as “resilient” but is focusing on the number of new listings for the month, which was 1,097.

“While down 7.5% on those for May last year, it is a number that does not support the view that investors will abandon the housing market in large numbers in the post Covid era.”

At month end, the agency had 3,821 properties on their books – which was in line with month end listings for the previous three months.

Thompson says that, overall, the Auckland market’s initial reaction to the Covid interruption has been uneventful.

“Sales are taking place but given the extended nature of the transfer process, are not yet showing up in completed sales data, and prices are not under pressure.

“However, it will be another month before the market settles down and for a firmer indication of the future trading pattern to emerge.

Barfoot & Thompson’s data comes hot on the heels of QV’s data, which is also out today. While QV’s data also shows little change in the price/values area, QV’s general manager, David Nagel, takes a bleaker view of the outlook for the market.

For CoreLogic’s head of research, Nick Goodall, says that while the QV data “confirms that the market has lost some momentum, it’s likely we won’t have a firm view on the trajectory of property values until sales volumes have picked up further over the coming months”.

But over the next few months, property values look set for further weakness, as GDP falls and unemployment continues to rise, he adds.

Meanwhile, Westpac chief economist Dominick Stephens says the housing market presents a “mixed picture” with sellers coming back on to the market but buyers being more circumspect – despite extremely low interest rates and the removal of the LVRs.

“We’ve already seen a sharp fall in house prices in April, with the average sale price dropping by 1.1% just in one month (though the low number of sales during the lockdown means that sharp monthly drop does need to be taken with a grain of salt).

“We are forecasting a 7% house price decline between March 2020 and the end of the year.”