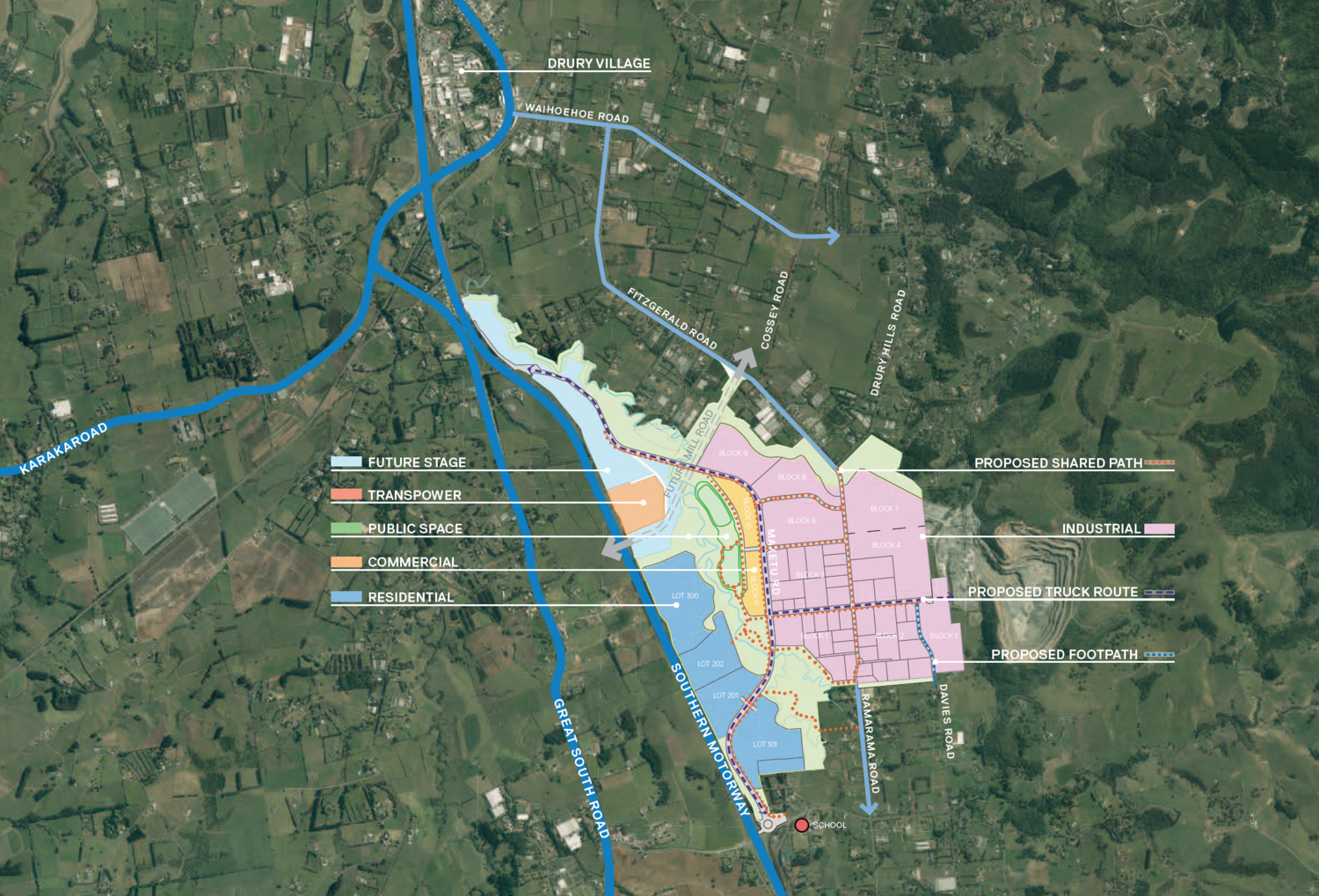 More than a fifth of the 170-hectares of the commercial land available at the Drury South Crossing development, which will be Auckland’s largest business park, have now been sold.

When completed, the development is expected to make an annual contribution of $780 million to regional GDP and facilitate flow-on annual GDP benefits of $2.3 billion to the economy.

It is also expected to employ 6,000 people in the distribution, food processing, tech, manufacturing and logistics sectors, and to provide affordable housing for 2,000 Kiwis.

Drury South Crossing CEO Stephen Hughes says they have had a lot of interest in the development from both domestic and international businesses.

This has included enquiries from several US film studios looking to develop some of the land into sound stages and production facilities.

Hughes says that to encourage such international investors a clear re-entry pathway into the country is needed to allow them to visit the sites they are interested in.

“This is one of the few times in our modern history where our geographic isolation is a clear competitive advantage and we are going to need more than international students and tourists to restart the economy.

“As a nation we need to create new infrastructure and manufacturing opportunities to provide New Zealanders with some control and certainty over their future.”

There are multinational executives queuing at the country’s door to develop new operations and jobs here, he says.

“Unfortunately, there is only so much we can do over email and Zoom calls before they need to physically visit the site of their future investment.”

That means consideration is going to be needed as to how these visitors are treated as they come through New Zealand’s quarantine process.

“While the quarantine process is critical to protect Kiwis, a one size fits all approach is not necessarily conducive to securing investments and jobs at the level the country needs.”

Alongside the international parties, the development has also attracted interest from a diverse range of other industries including several food suppliers, logistics providers and a 10,000 sqm data centre.

Hughes says the agricultural sector is seeing strong growth potential for New Zealand branded products as the pandemic stretches supplies around the world and consumers focus their attention on where their food is sourced from.

Increasingly, businesses operating at that level need a sizable footage in order to accommodate higher levels of automation.

“There’s a need from local food producers to store large volumes of export ready product where it can be accessed using automated storage retrieval systems and robotic technology to access products from warehouses that are of a scale we have not generally seen in New Zealand,” he says.

“There are relatively few sites left in the Auckland region which can accommodate this scale of operation and it has been encouraging to see that local and international businesses are looking to invest at this level - which will be an essential part of the region’s economic recovery.”

Planning and civil works for the project have been underway for several years, with the Stevenson Group working closely with Auckland Council on the development.

But construction on the first of the new warehouses and commercial facilities is now scheduled to begin in late 2021, with the project due to be completed in 2027.

The construction phase itself is expected to result in $620-$820 million in regional GDP and to generate 8,700-11,500 jobs, which will make it an employment hub for the region.

Today’s announcement that progress on the project is continuing is a positive piece of development news in an uncertain environment.

It comes amid reports that some major commercial developments have been deferred and that there is increasing lender reluctance to provide funding for new commercial property and subdivision developments.