News > Commercial > Elephant in the room at level two

It’s official: New Zealand will be moving to alert level two by Thursday and thousands of workers will be returning to work, but issues remain for the commercial property sector. 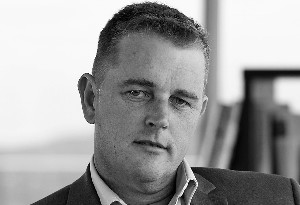 The most immediately obvious of these issues is the logistical one that comes with operating safely at level two.

That’s because all businesses, whether they fit into the retail, office or industrial space, will need to maintain hygiene measures, including physical distancing, hand washing and regularly cleaning surfaces.

This will present some practical challenges – albeit for businesses more than for most landlords.

“The number one objective of all retailers and retail property owners is to ensure that shopper safety is placed at the fore, and that customers feel comfortable with the measures put in place.

“To assist, we have created a set of guidelines and operational protocols that all members will adhere to under level two,” he says.

These guidelines, which members will work on with their tenants, include facilitating social distancing via extensive operational signage, increased hygiene and sanitation procedures and rigorous round-the-clock cleaning schedules.

They will also encourage contactless transactions, reduce common dining seating areas and provide support to those businesses with specific regulations (like hairdressers and beauty clinics).

Barbour says each property will have a unique application of these guidelines depending on their layout, but the aim is to implement widespread procedures that ensure the highest standard of safety and hygiene are met.

“No one wants to see us move back up the alert levels. It is imperative that a united approach is taken, and that New Zealanders feel comfortable supporting their local retailers as we kickstart the post-Covid economy.”

For office workers, there will be restrictions on corridors, bathrooms, lifts, kitchens, meeting areas, reception, desks, shared spaces and equipment.

Such things as hot-desking are set to be ditched in favour of fixed desks and where possible many businesses will persevere with work-from-home options and virtual meetings.

However, the other issue, which is the elephant in the room, is that level two requirements also mean that many businesses will not be able to operate at their pre-Covid 19 capacity.

Sales and customers for many businesses are likely to be down and so too will be business cashflow and income. And this, in turn, will continue to impact on issues around rent for many commercial tenants and landlords.

During the lockdown period, many businesses which were unable to access the properties they worked and traded from turned to their landlords for rent relief.

While there were some fraught negotiations and standoffs between tenants and landlords over this issue, many landlords did offer assistance.

For example, a recent NZCoRP survey of its members found that almost all of their tenants sought rental assistance and that over 75% of those 5,000 retail tenants had been offered assistance in some form.

Barbour says less than half of all tenants accepted the offers made by landlords for rental assistance, with many waiting to see if the Government will come to the party, particularly for smaller to medium sized businesses.

“This situation means more than 50% of tenants have not paid a cent under their lease in April, and early indications show that this is likely to continue into May.”

While a majority of landlords and tenants have been working through the situation to ensure that both businesses are well placed for recovery, property owners should not be expected to carry the can for rent, he adds.

However, Retail NZ chief executive Grey Harford says that even though shops will be able to open again later this week, it will take a very long time for the sector to recover.

“Sales are likely to be down for a prolonged period of time as we move into a recessionary environment, and retailers will need further Government support in order to survive.

“Retail NZ is calling for an extension of the wages subsidy to support fragile retail and hospitality businesses over the coming period, as well as Government action on commercial leases.”

Further, the Franchise Association of New Zealand (FANZ) earlier this week renewed its call for the Government to introduce a mandatory code of conduct for commercial leasing.

In April, FANZ wrote to the Government asking for an immediate six-month moratorium on lease cancellations and debt recovery action by landlords for tenants whose businesses are eligible for the wage subsidy. It also called for a code of conduct for rent negotiations.

The Government has made noises about work being underway on something like that which has been introduced in Australia recently. Australia now has a mandatory code of conduct around commercial leases.

But, to date, that has not happened and there’s been some speculation that NZ First may be blocking Labour’s plans to force commercial rental negotiations resulting from the Covid-19 situation.

A recent survey of their members shows they believe it is going to take six months or more before turnover gets back to pre-Covid levels, she says.

“We need to help businesses find a way through that period and the best way to preserve businesses and jobs is for landlords and tenants to work through this together to mutual advantage. One or two months of rent relief just isn’t enough to stop businesses from going under – that’s what our members are telling us.”

Pickerill says the Government needs to take urgent action to create a level playing field that guides landlords and tenants in rent negotiations to share the burden.

“Both sides can win. Businesses will have the best chance of continuing into the future and landlords’ properties will be viably tenanted. What we are asking for will cost the taxpayer nothing, but will save businesses, jobs and local communities.”

The Government has not made any comment on the situation since Justice Minister Andrew Little announced, in late April, that commercial rent relief options were being considered.