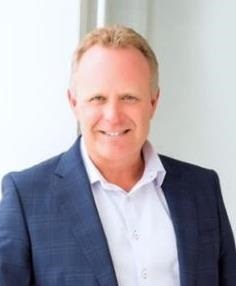 While the QV House Price Index for April shows positive quarterly value growth across all of the 16 major cities monitored, that’s based on a rolling three-month average.

But with sales volumes for April being down by between 80-90% on normal April activity, the data is skewed towards the earlier stages of the three-month period where sales volumes were high.

QV general manager David Nagel says the data doesn’t show the dramatic impact Covid-19 has had on the real estate industry since the country went into lockdown on March 25.

“For the last weeks we’ve all been guessing what the likely impacts on the property market might be, but we’ve just been guessing as we’ve got no data to help us. This is new territory for all of us.”

To date, it looks as though the limited sales activity that occurred in April largely involved properties listed before lockdown, which would have benefitted from open homes and viewings under pre-lockdown conditions.

“What happens to house prices beyond this point will be determined by market forces and the changes in supply and demand.”

New Zealand’s pandemic response has been positive, which bodes well for a reduced impact on house prices, but many of the fundamentals of the housing market have now changed, he says.

The country’s closed borders will impact on immigration as a driver of housing demand and both economic strength and employment levels have strong links to the market.

At the same time, financing costs are cheap - and could get cheaper with very low interest rates likely for the next few years – and banks are well capitalised and in a position to lend, although they’ll be prudent about it.

For Nagel, that means much will depend on the depth of any subsequent recession and the speed of economic recovery.

Additionally, there will be limited stock available for buyers who will probably exercise patience and this could force prices down for vendors that have to sell, he says.

“Transaction volumes are likely to remain just a fraction of pre-lockdown levels. We can expect a market filled with uncertainty at least through to the end of 2020 as the economy finds its feet again.”

Buyers that have the means are likely to dominate the market over the coming months, Nagel adds. “But don’t expect to see any bargains in the short term.”

CoreLogic head of research Nick Goodall agrees it won’t be possible to get a reliable measure on property prices until data on activity post-lockdown emerges.

Early signs of pre-listing activity for the property market are encouraging, with appraisals generated by agents more than doubling in the last week (albeit from a low base), he says.

“But there will still be just a small number of properties available for sale in the very short term, so choice will remain limited for those buyers wanting to purchase.

“Demand for property will also be reduced due to a hangover in higher unemployment, lower household incomes, continued conservative bank policy and a significant dent to confidence.

“A large portion of prospective buyers are likely to hold off, or reconsider such a significant financial commitment in uncertain times.”

This could lead to a price stand-off between prospective buyers waiting for price falls in the short term and vendors faced with the option of selling at a reduced price or holding on and hoping things improve.

Goodall says that the tipping point for vendors selling at a reduced price will be sped up by the uncertainty surrounding the market, their own financial situation and a lack of buyers.

Demand for property will also vary around the country, with some regions – particularly those with economies heavily reliant on tourism, like Queenstown – more vulnerable than others.

“The likes of Napier/Hastings and Invercargill, with a broader base of economic activity as well as a reduced exposure to the sectors most impacted by the economic shock, may hold up better.”

Going forward, despite all the uncertainty, those that are relatively unaffected personally will still be looking to invest their money, Goodall adds.

“From that perspective, the physical nature of property will still appeal, especially in comparison with other investment options which could arguably have more uncertainty surrounding them and/or offer very low returns.”

Just as a final note on QV’s April data: Invercargill was the strongest performing city over the last quarter – up 8.6% to an average value of $354,981. Of the bigger cities, Dunedin was the best performer with an increase of 4.8% over the quarter, which left its average value at $552,297.

A good article with lots of questions and considerations. All will be revealed in the fullness of time. It's always good to spectulate but no-one really knows at the moment. We want to purchase another rental property this year or next so will be keeping a keen eye on developments. I will watch this space!