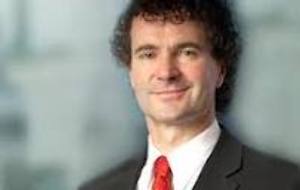 New Zealand came out of the 1998 recession in the second quarter, and prices began to increase in the final three months of the year. In the GFC, the economy started growing again in Q3 2008, with house prices rising in Q1 2009.

"Periods of price decline are rare, and they are short-lived. Opportunities to buy in a weak market don’t last long," he said.

Alexander expects there will be reports of "some big price declines", but they "will no represent the true picture for the relevant markets overall".

Despite the optimistic view, New Zealand's property market is poised for a sharp downturn this year.

ANZ economists believe the 'truly enormous' economic hit from Covid-19 will cause house prices to drop as much as 10%-15%.

The bank's economists, including Sharon Zollner, note that house prices usually fall further than GDP. GDP is forecast to drop between 8%-10% this year.

"At this stage we expect to see house prices drop 10-15%, with demand under considerable pressure. There is downside risk to this, particularly if credit becomes squeezed."

On 24 April 2020 at 4:39 pm Winka said:
Nearly 2 years ago, I along with a few select colleagues, predicted (in writing) a large financial correction around 2020 We based this fact on the 100 year phenomenon of 3 Harbingers merging at one time 1). Social (uprisings & riots) 2). Political (love him or hate him?) 3). Financial The prediction was based upon the need for a catalyst and the pickings included....a form of mushroom war with Nth Korea or maybe Iraq...or maybe a worldwide outbreak of Ebola..! I was wrong, and did not for some reason pick the big one ....COVID-19 So, the property pundits suggest a 10% to 15% property fall? In a recession, they may be justified in their prediction. However, this is not finished as a recession....it'll be much more serious than that....a Depression. They are relating to a financially based recession such as the recent GFC (which we predicted within a few months of it happening). This one is unique, and is destined to have a much longer life than these pundits suggest. We need to be careful of those who have a barrow to push. the difference between a recession and a depression most of us know. For those who don't... A depression is when there are 2 or more quarters of negative GDP growth. What's your vote....? Recession, or depression? Time will tell whether it will be 10% or 15% or.....X%
On 24 April 2020 at 4:56 pm Winka said:
To add to my earlier comment today..... It is quite difficult to not come across as a type of 'doomsdayist' and it is certainly not as a desire to make people angry, nor depressed when simply laying out the logical facts....... But.... Much of the problem that is going to be very long term unfortunately is based on a big thing called DEBT I have used a form of screen-saver that many of you are now aware of. Just in case you are not, here it is..... usdebtclock .org Closer to home, we have arrived at a time never before in history where NZ household DEBT is off the scales Plus...we are now experiencing the huge debt (billions and billions of dollars) being dished out to seemingly all and sundry by our government in an attempt to 'prop-up' businesses, and people from all quarters, and we have only seen a fraction of it. The problem is, that most people do not actually know where all that money is really coming from, and how, and by whom it will be repaid?? Can someone help explain how this will affect the 10% to 15% prediction on house price falls?
On 24 April 2020 at 10:47 pm Lin35 said:
In my opinion there will be a decline in the next 6 months but it will affect just those investors that are over leveraged and/or have an exposure in areas that have been affected by the tourism decline. Low interest rates, more money available from banks, shortage of construction, shortage of supply will continue to work in favour of the property market. Once a vaccine against Covid19 is available - some are saying from September - the property market will be back to normal in the main centres (Auckland, Wellington, Christchurch) where the larger amount of jobs are. On another note even during the GFC some experts were predicting drop of up to 50%...has anybody seen that??
On 25 April 2020 at 10:22 am Peter L said:
There are those who would like to sell and then there are those who have to sell. Many fall into the 'like to sell category', not many into the 'have to sell' group. Those who would like to sell, if they cannot get what they believe is a fair price, just hunker down and hold on until the market recovers. It is among the few who have to sell - death, divorce, or bank pressure - where the significant price drops will occur. The secret to success in the world of property is to never be in the 'have to sell' category.
On 30 April 2020 at 4:34 pm Winka said:
the two areas you referred to Lin35 are likely to be a huge slice affected this time. The shortage of supply has been distorted...by for example, the hundreds (possibly higher) of Chinese who purchased half a dozen houses but only put the lights on in one. That is a "cheating" application of Supply & Demand. You read very optimistic regarding your view that September is a likely day of reprieve for a vaccine, however, you may be saved, because you didn't state 'which' September? I do not recall any 'experts' predicting that 50% fall as a result of the GFC, however, you may have read one that i did not see? This time round is going to be a little more serious than a mere recession, we only need a repeat of this last quarter to make it officially a depression. That is the difference that we are all likely aware of between a recession and a depression. Time most certainly will tell. The fallout from this C19 is likely to be bigger than big...and extended beyond imagination. And lastly...the household DEBT problem is larger than most seem to realise, which should be a sufficient response to your views Peter L Again...time will tell?